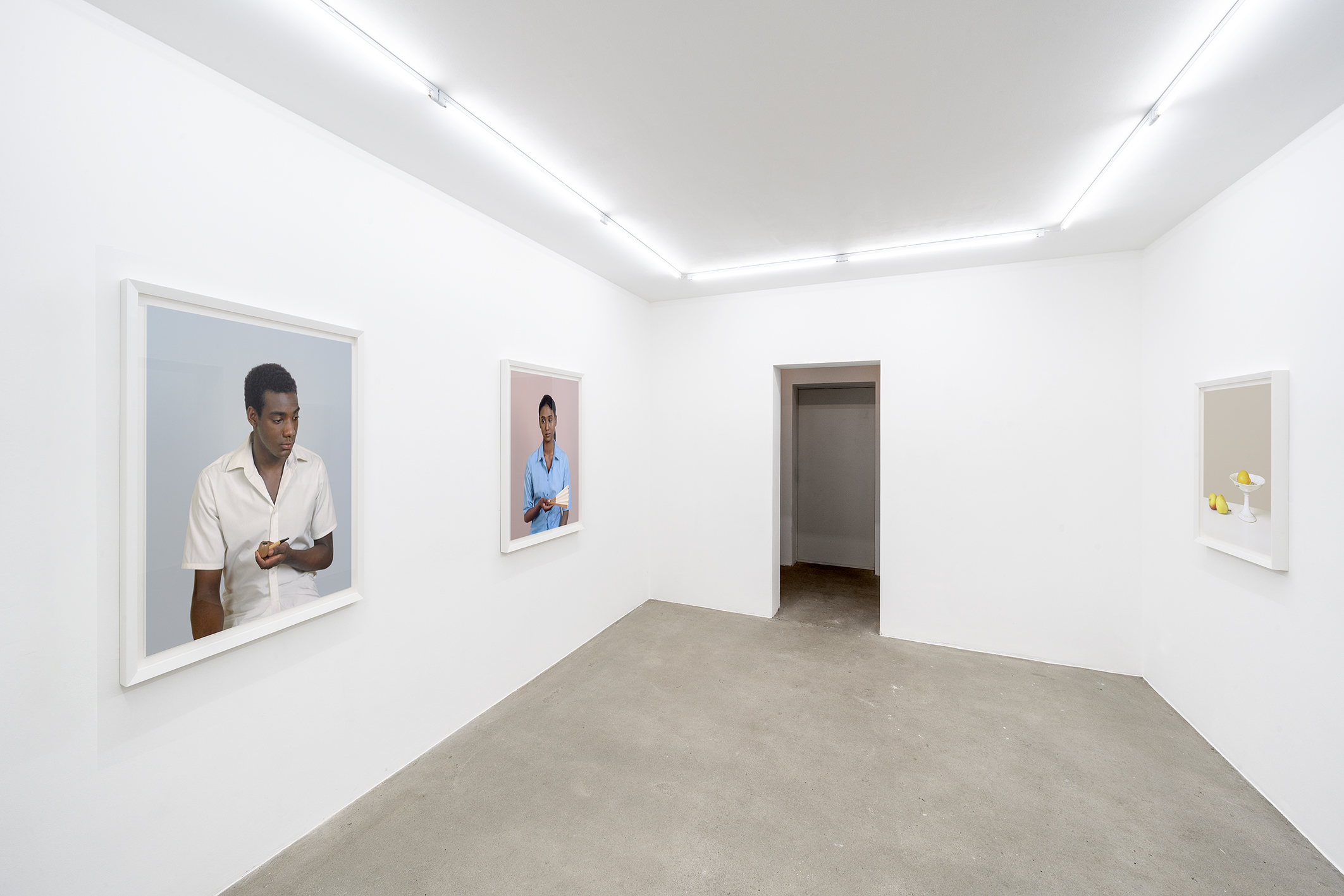 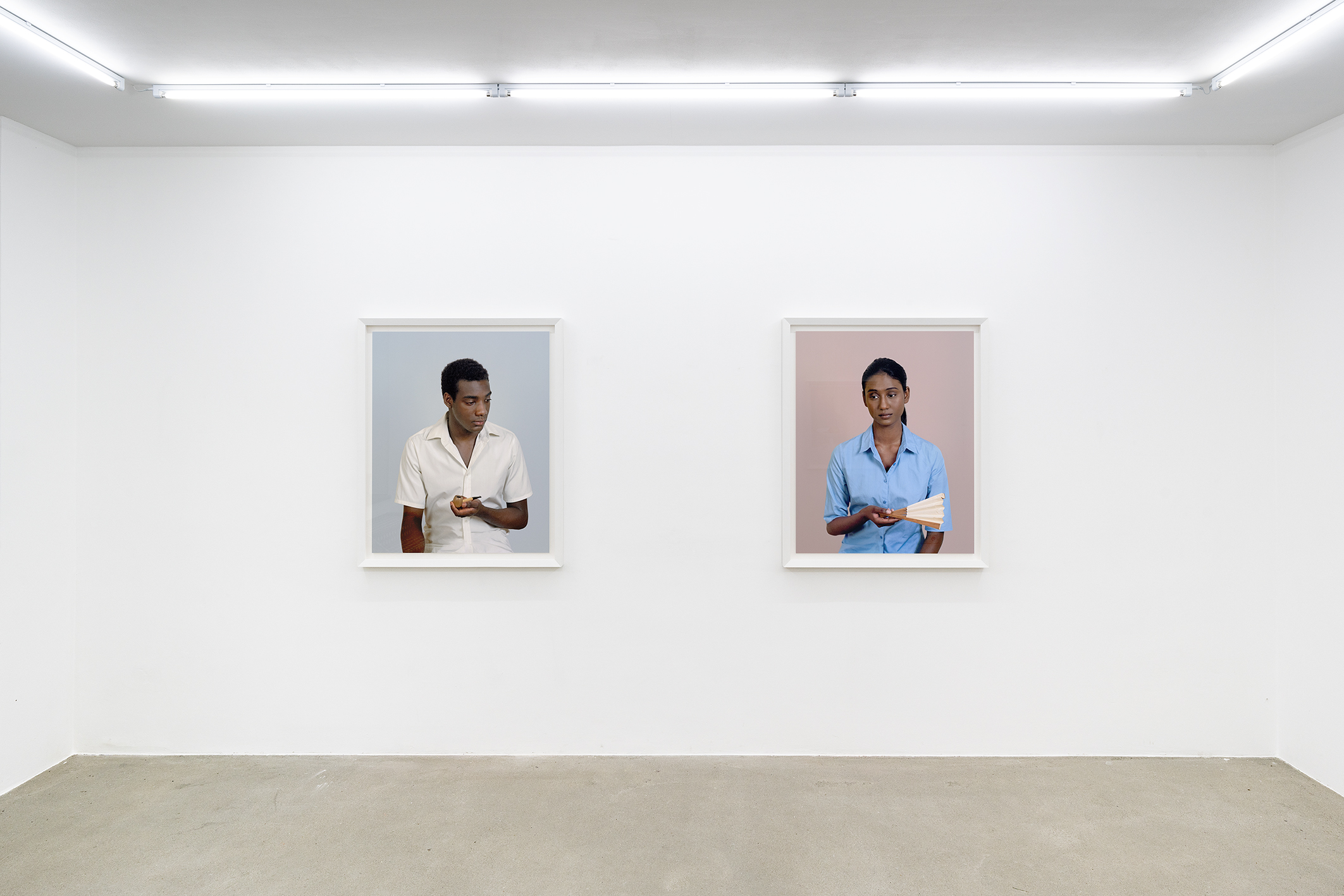 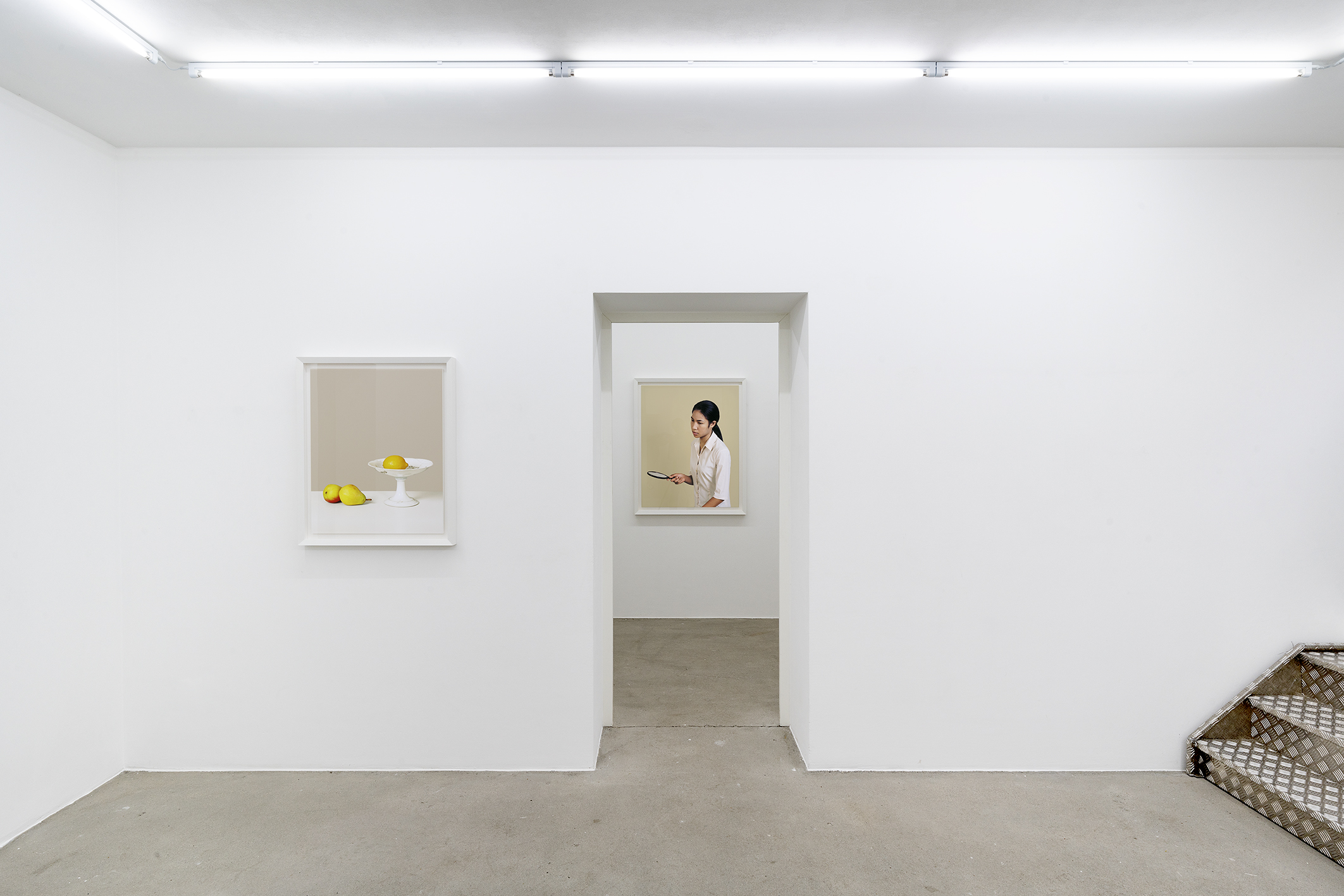 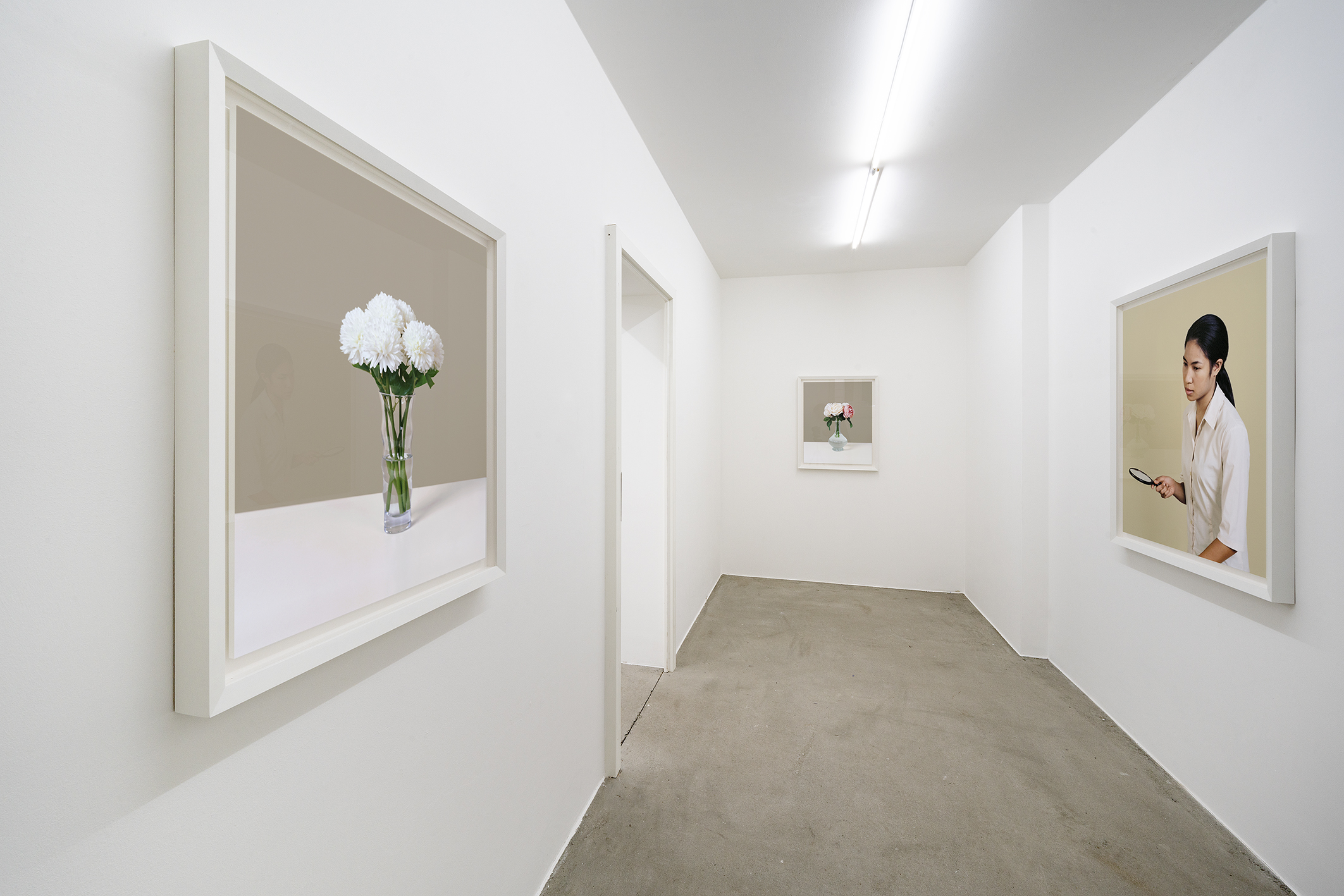 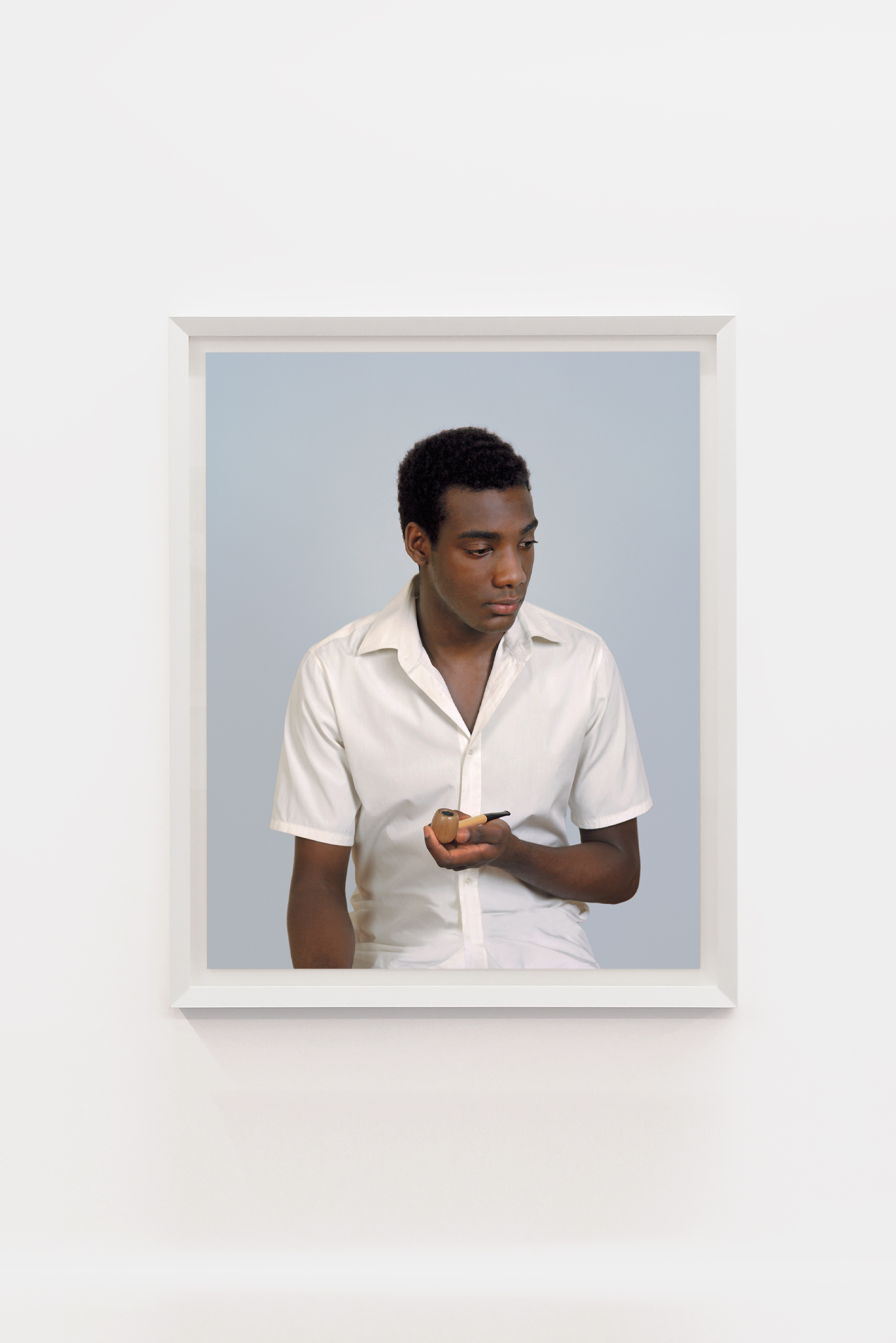 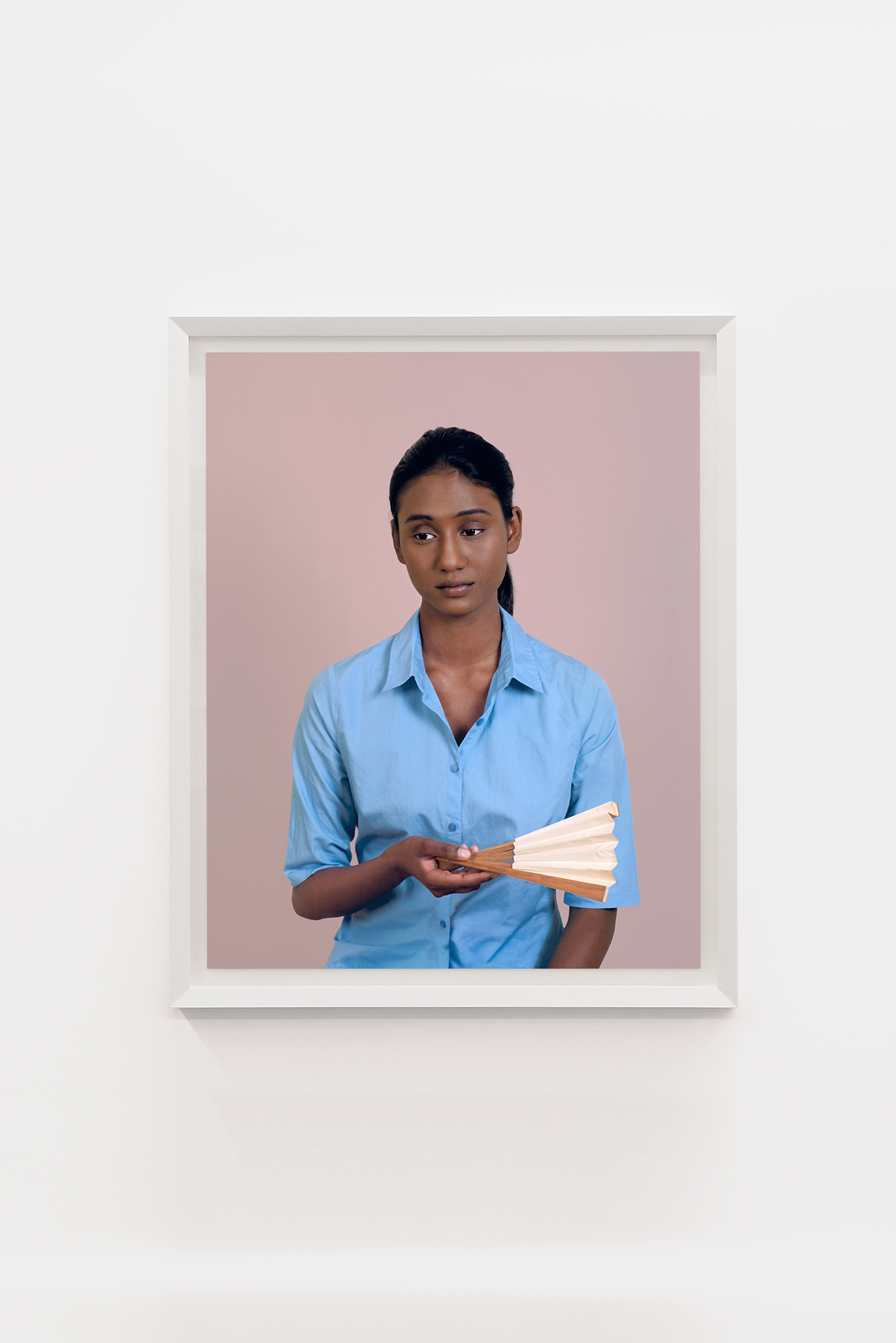 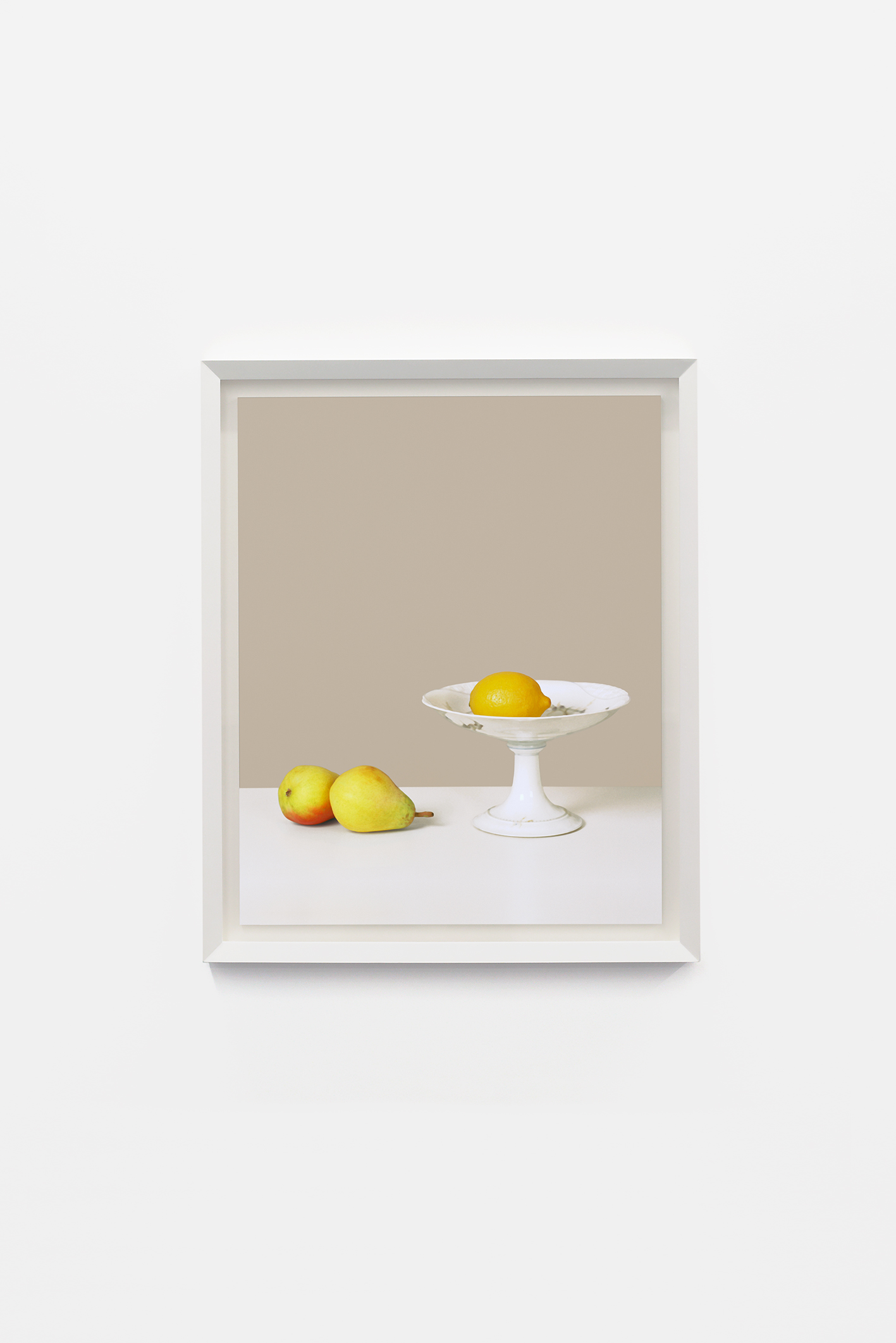 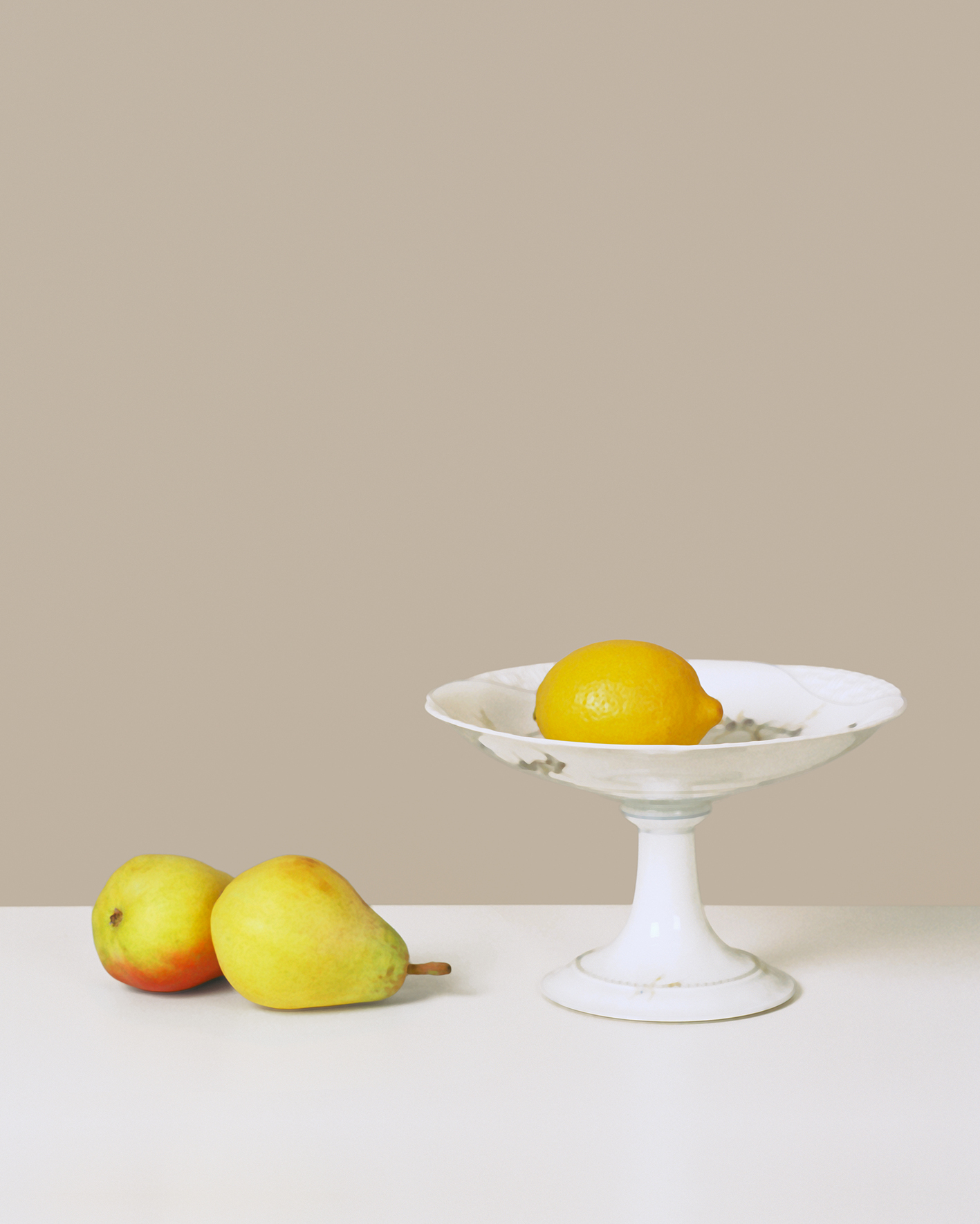 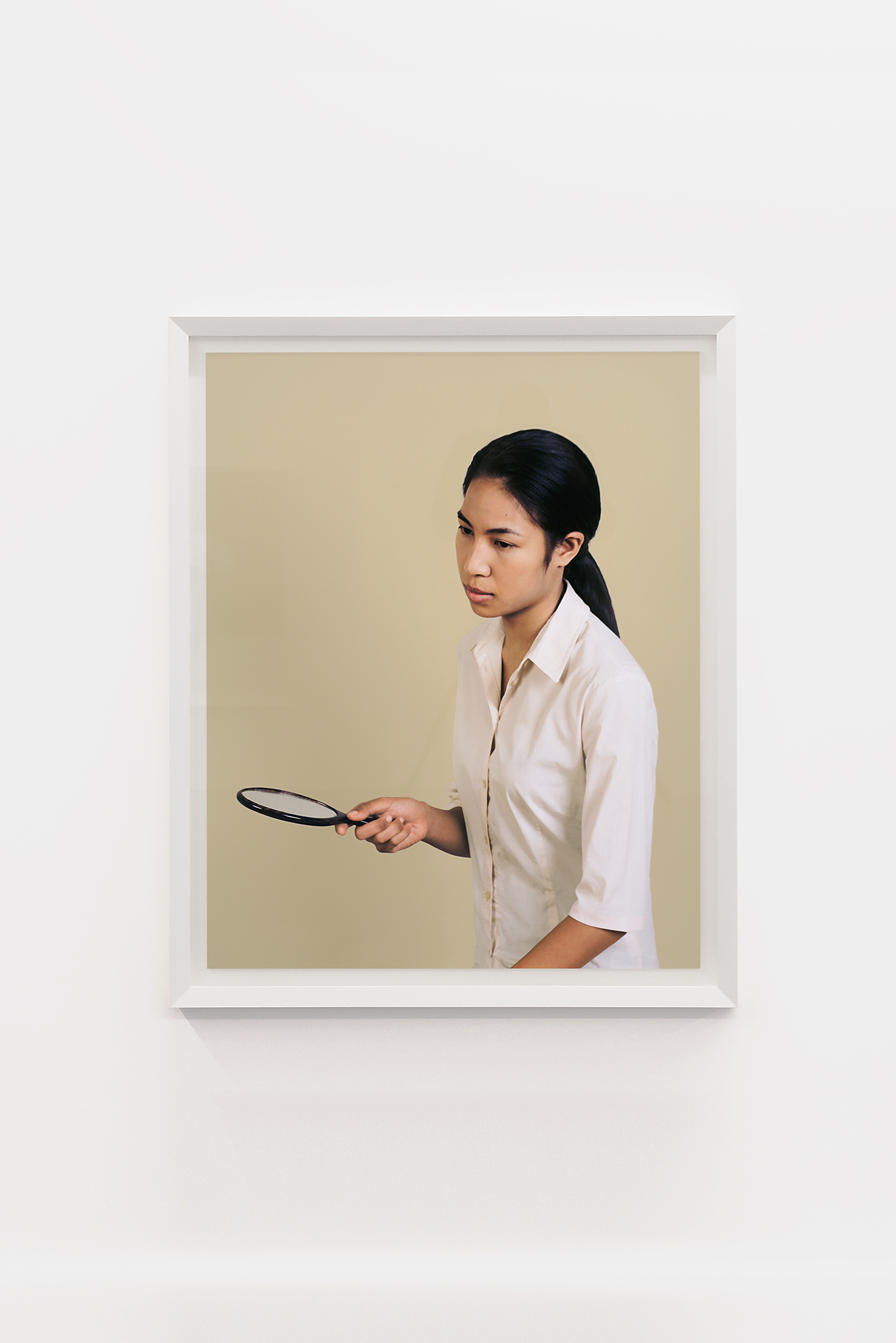 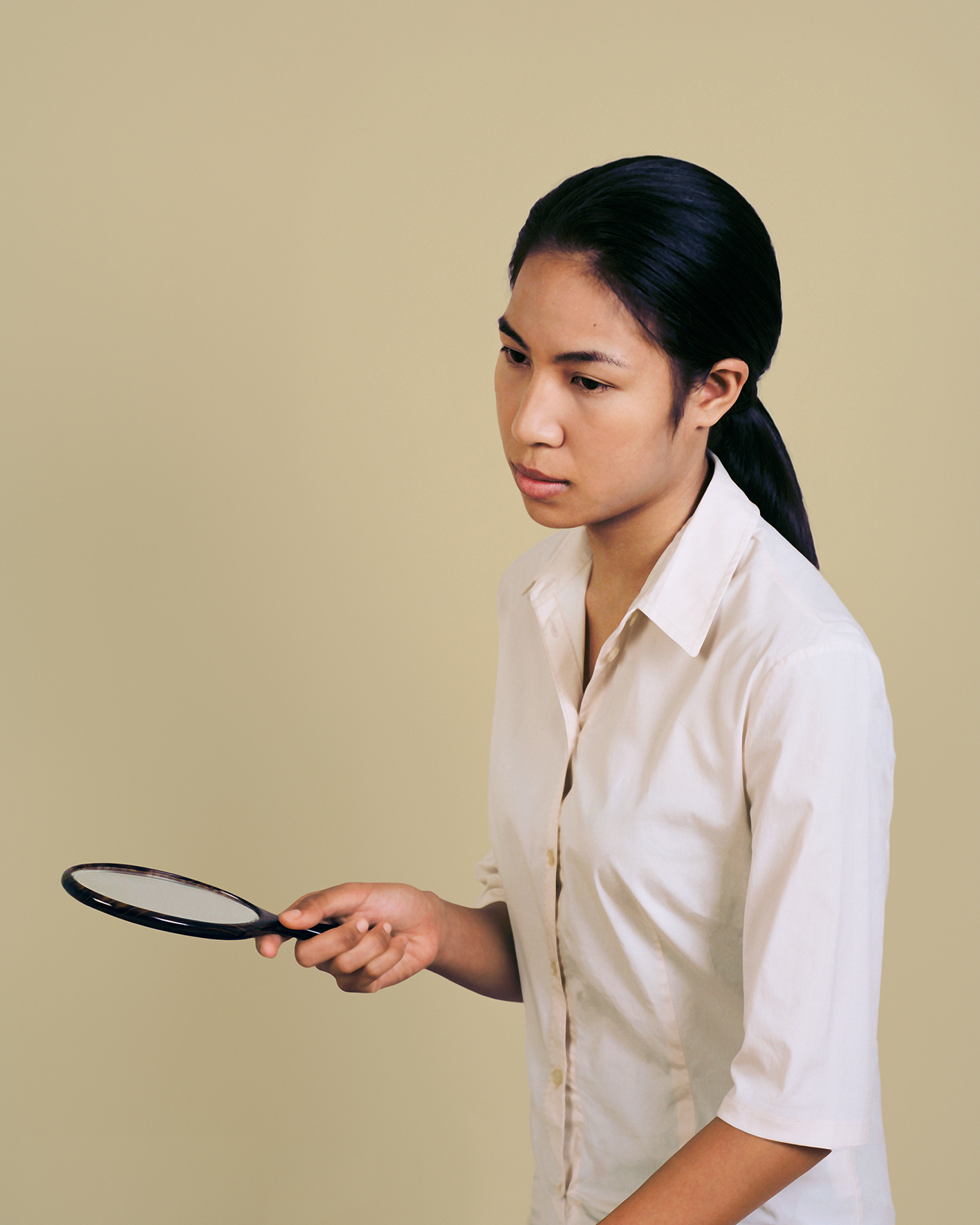 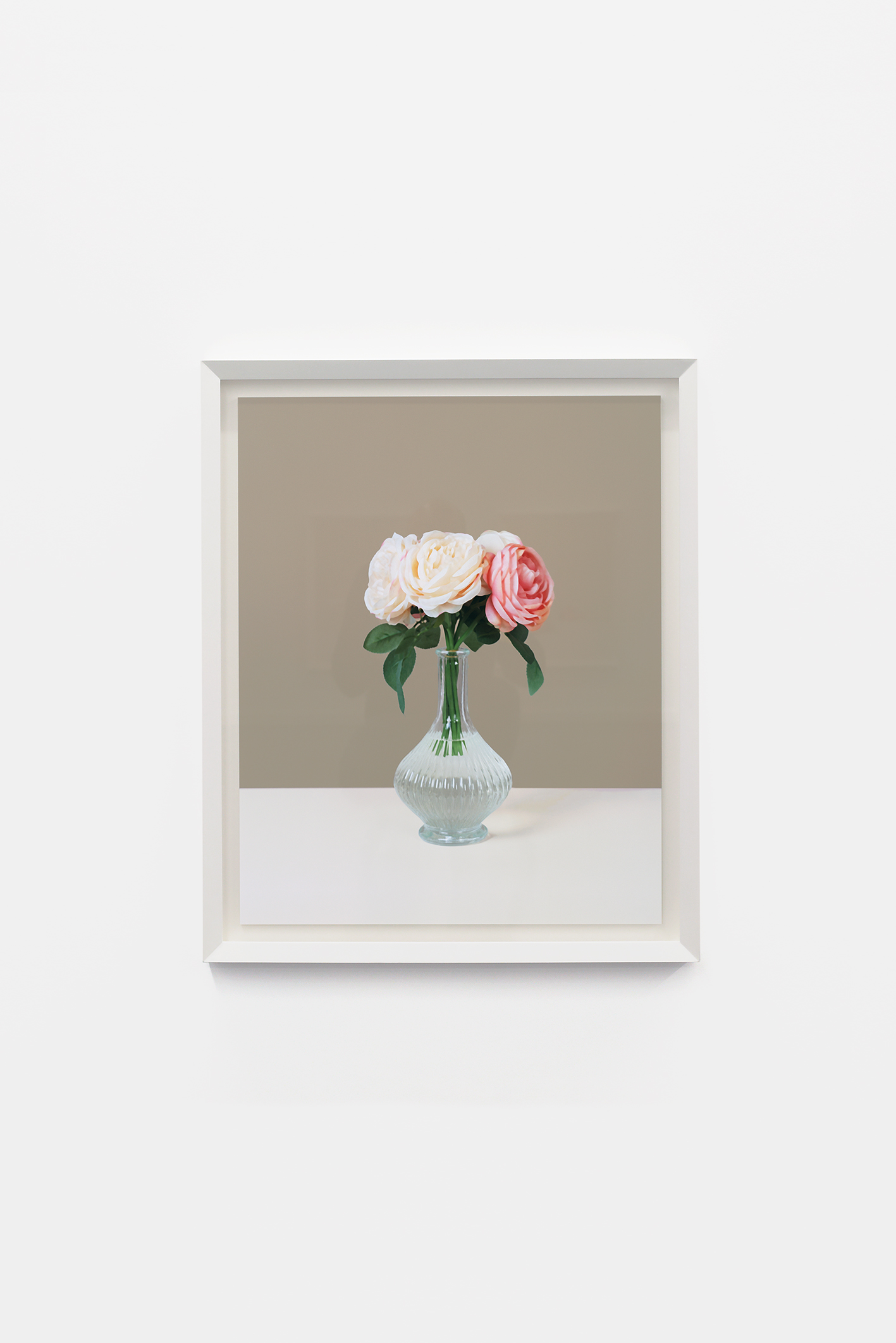 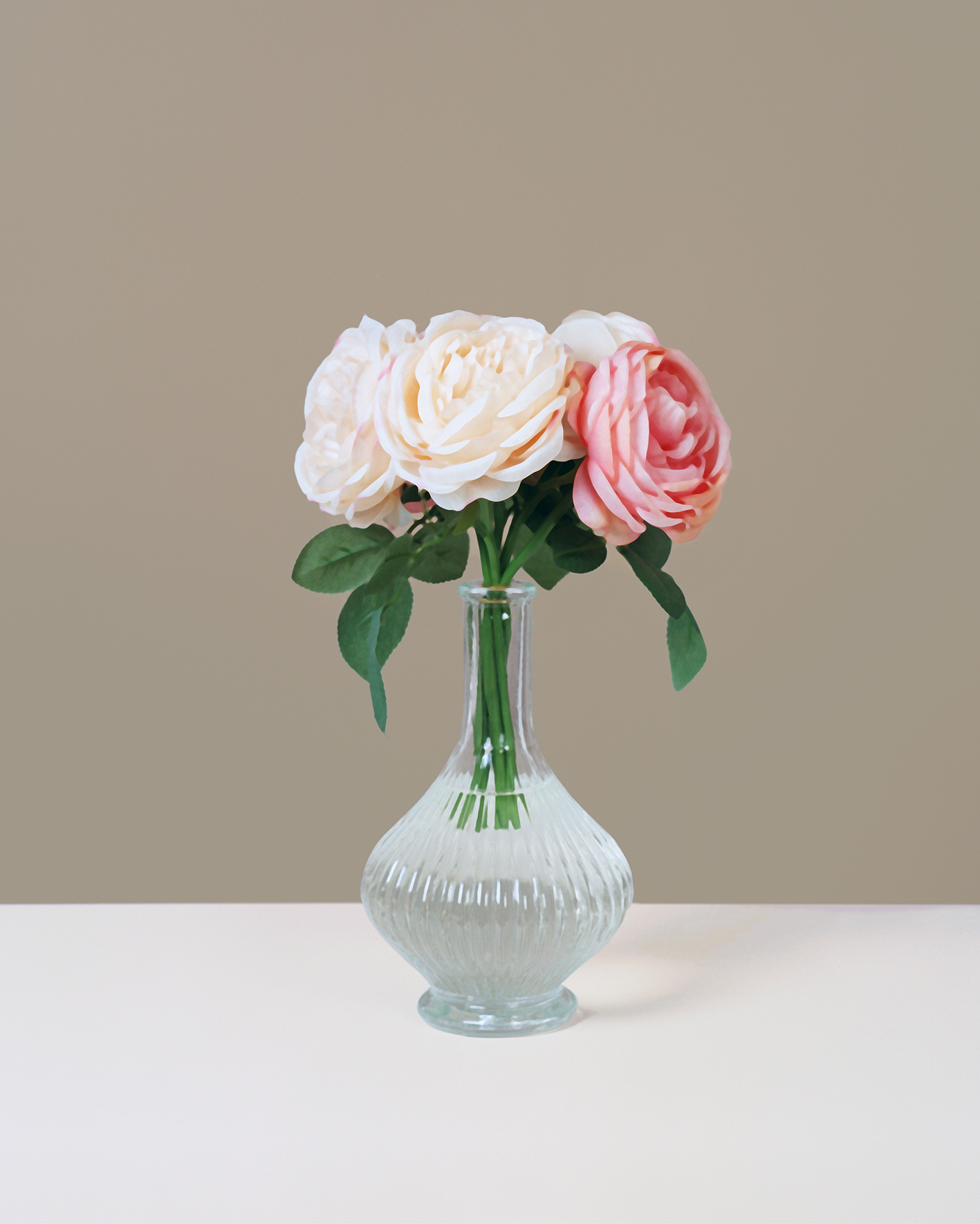 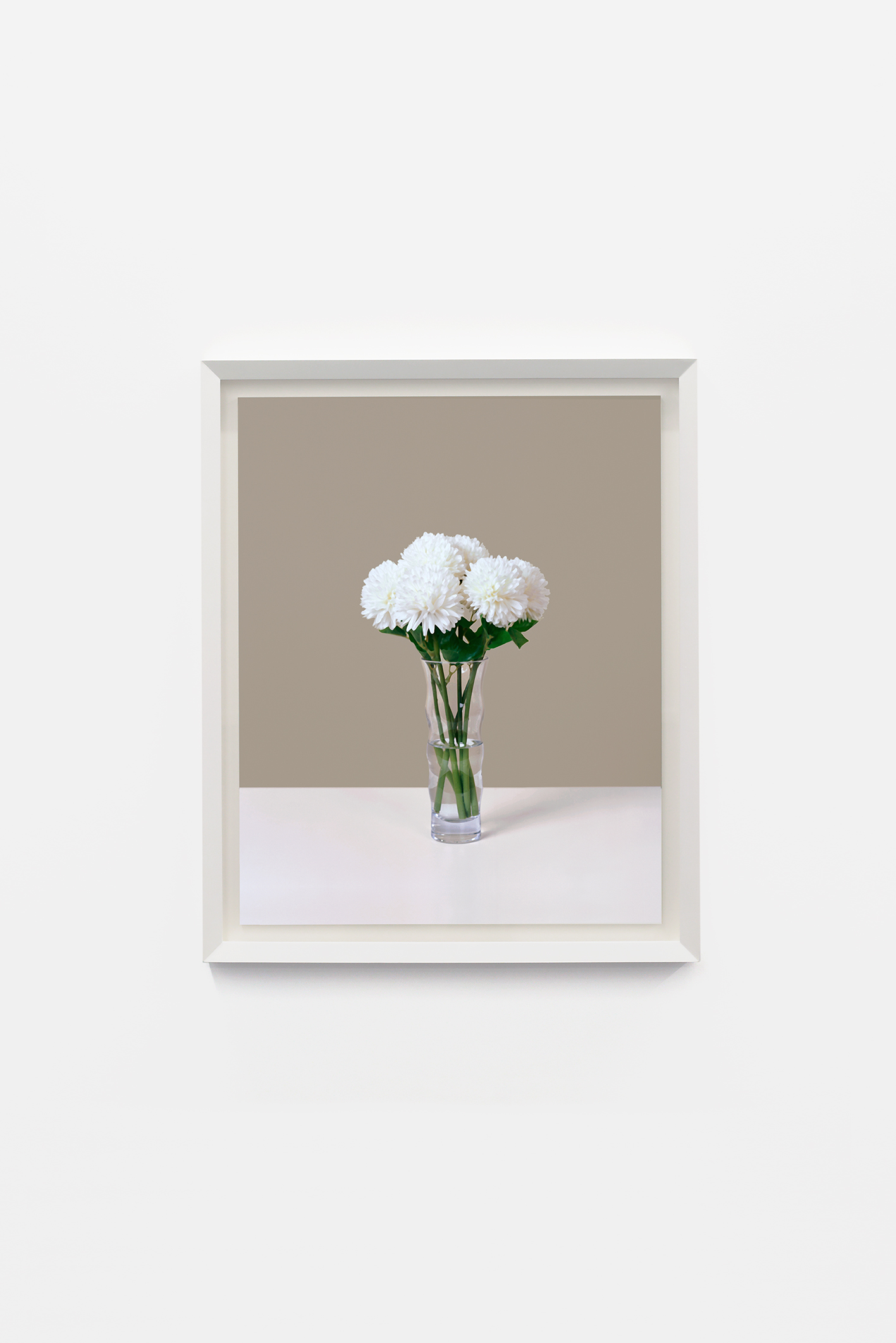 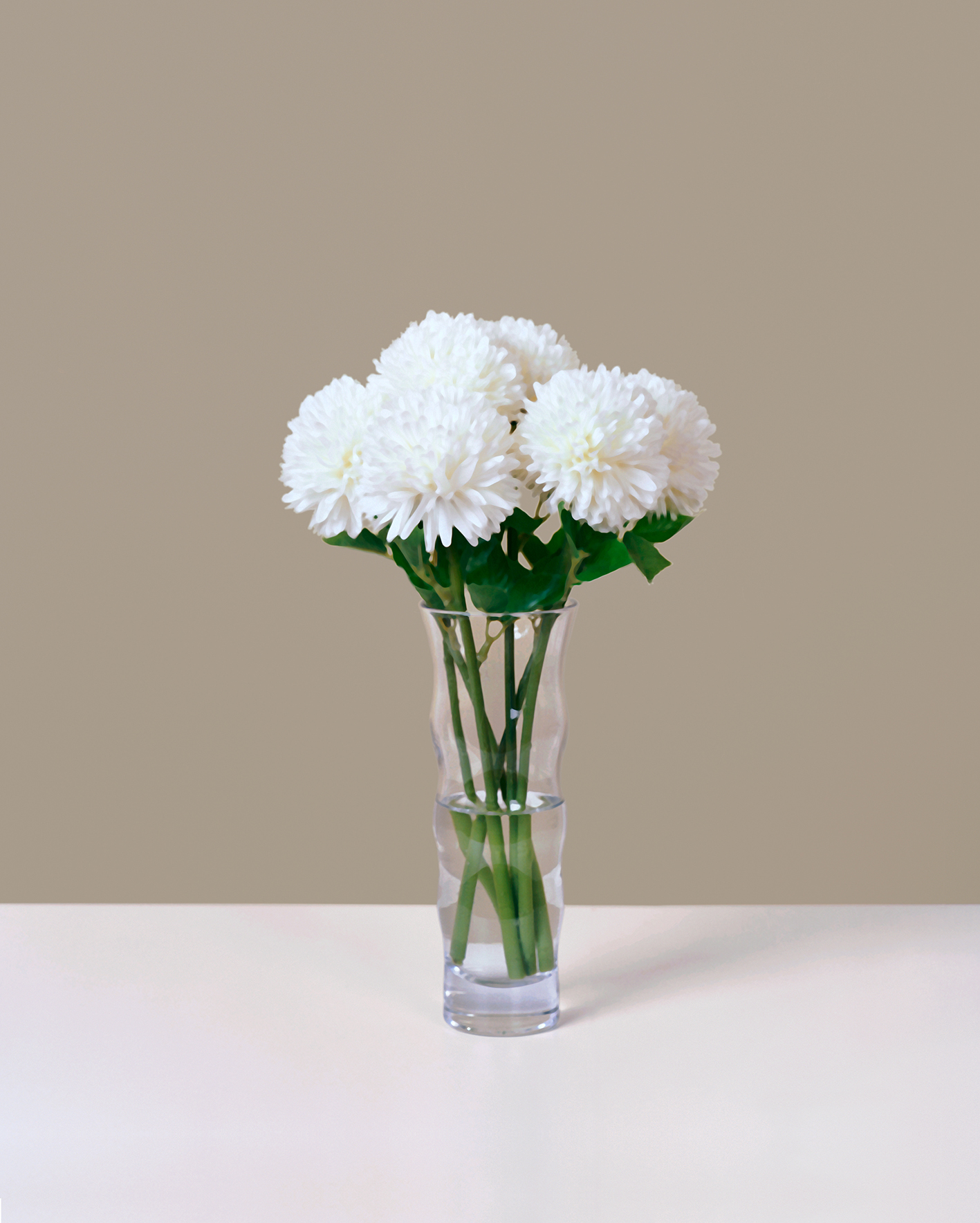 The prevalence of digital photographic technologies in the late 20th century merged the photograph as object and the photograph as image, producing an ontological shift. What registers as a photograph now, as Jennifer González writes, is “not only anything that looks like a photograph but also anything that acts like a photograph insofar as it produces a photographic effect.” Producing a feeling in the viewer of representational truth and clarity, Oskar Schmidt’s Centro deploys the photographic effect in uncanny ways to create a decolonial space of representation. The portraits and still-life images in this series feature Brazilian subjects; in composition and mood, they reference conventions of modern European painting in the late 18th, 19th, and early 20th centuries. Some of the works were completed in Berlin, lending the project a transatlantic origin story that alludes to its intervention in the colonial histories of modern portraiture and the kinds of subjects it venerates.

The photograph of each subject, produced as a large-format film negative, is a secondary reality. Once scanned into pixels, it becomes a digital canvas for expressive, almost painterly manipulations that mimic contemporary art’s „old masters“: slightly blurred edges and scumbled fields of color evoke the illusionistic daubs of Cézanne—who rendered color and texture as light effects (almost a reversal of the photographic act)—and the muffled brushwork of early Picasso. Schmidt presents perplexing, ambivalent images: there is something subtly off about their photographic effect, and once identified, the optical tricks of digital manipulation register as both intervention and enhancement.

The works interrogate what has been lost—whether exploited, denied, or extracted—or discounted from the Eurocentric reality that modernity claims to represent. In its ambiguity, Centro offers up something like decolonial ambivalence: a dream of imagining non-white subjects into European modern painting as a self-consciously illusory act. It projects other subjects onto the seemingly neutral surface of modernity, leaving behind traces of the efforts to repair or enhance the broader picture.

The exhibition is accompanied by the publication: Oskar Schmidt, Centro, Essays by Ellen Tani (Center for Advanced Study in the Visual Arts, National Gallery of Art, Washington, D.C.) and Thomas Seelig (Head of the Department of Photography, Museum Folkwang, Essen), DISTANZ Verlag, ISBN: 978-3-95476-375-7