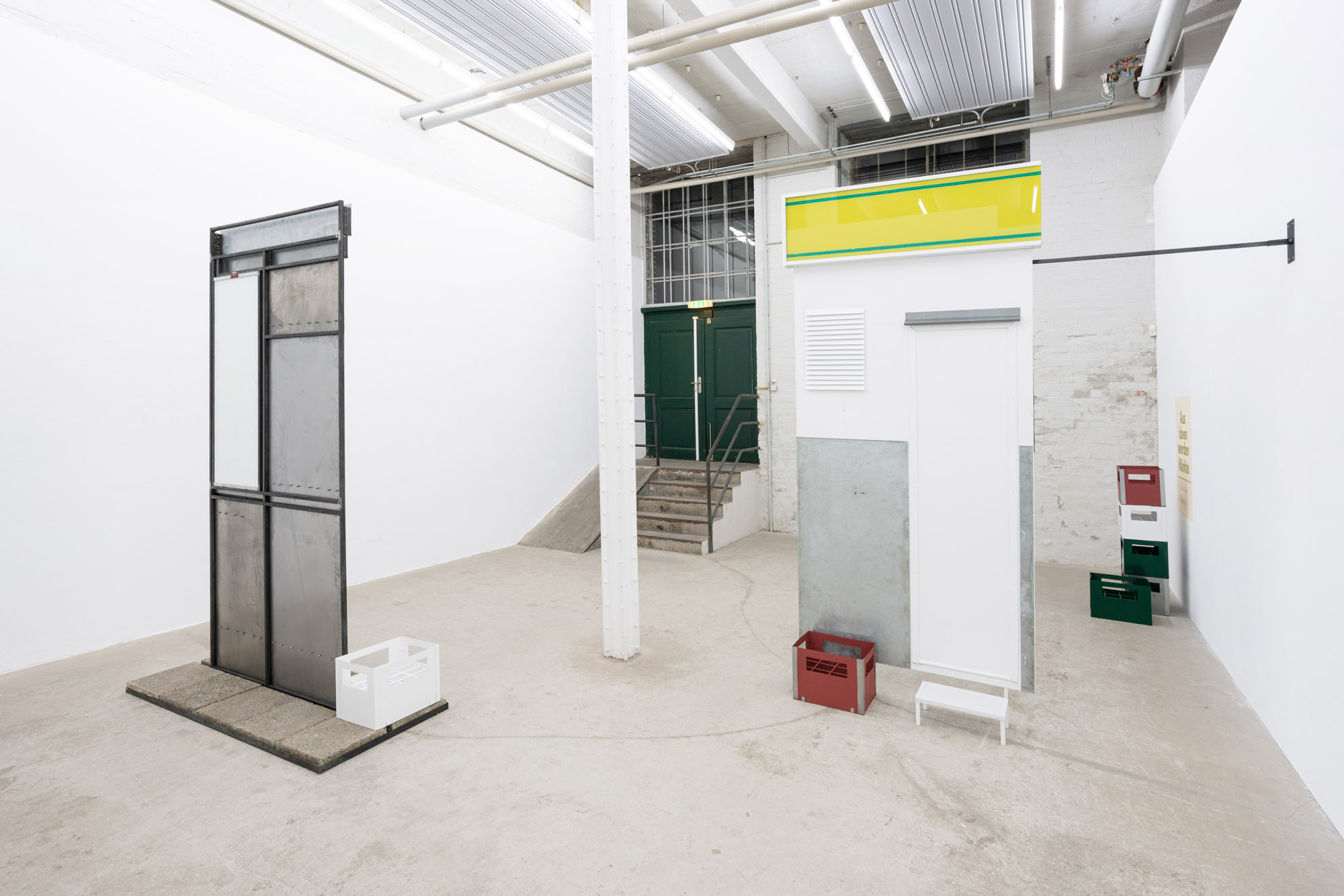 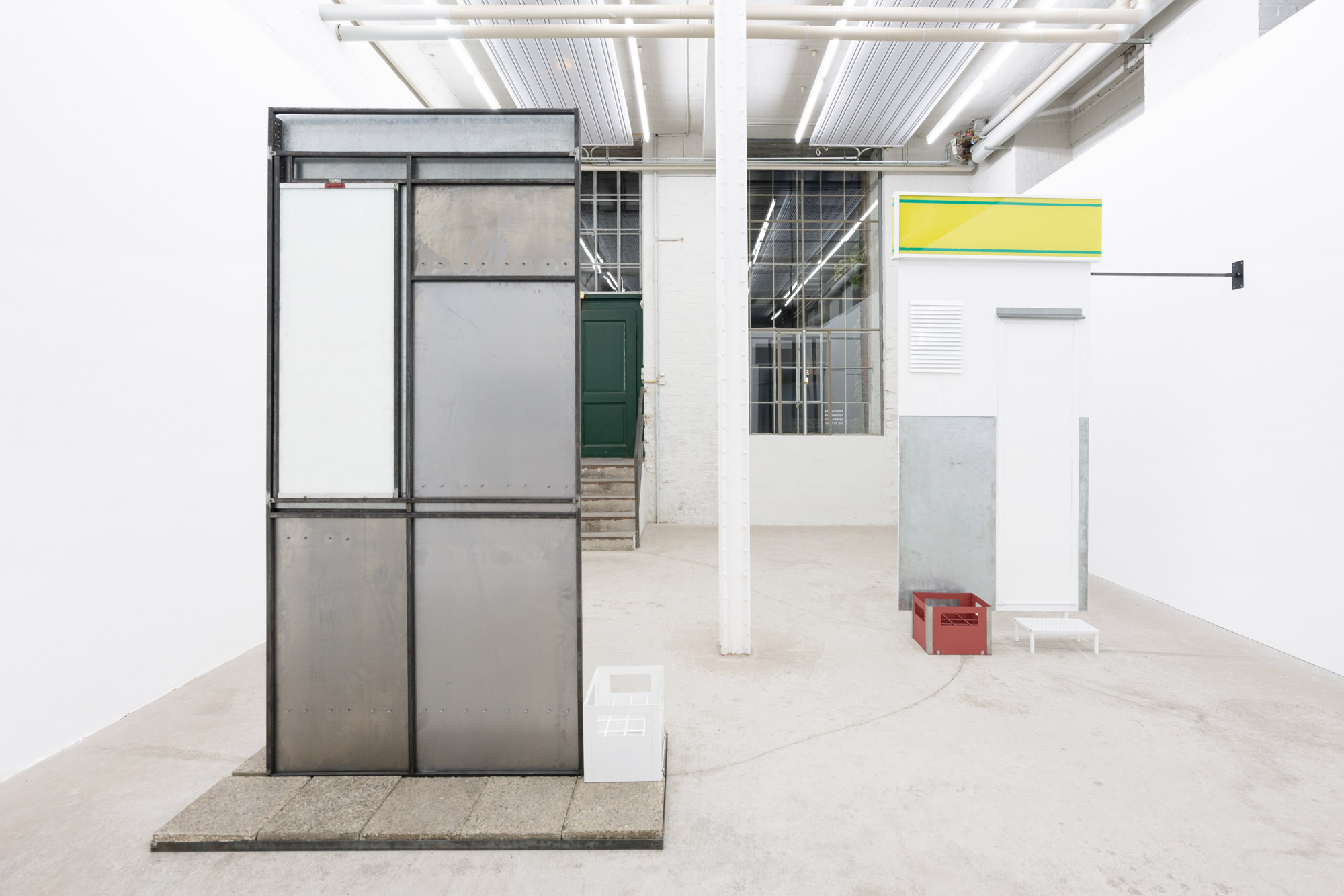 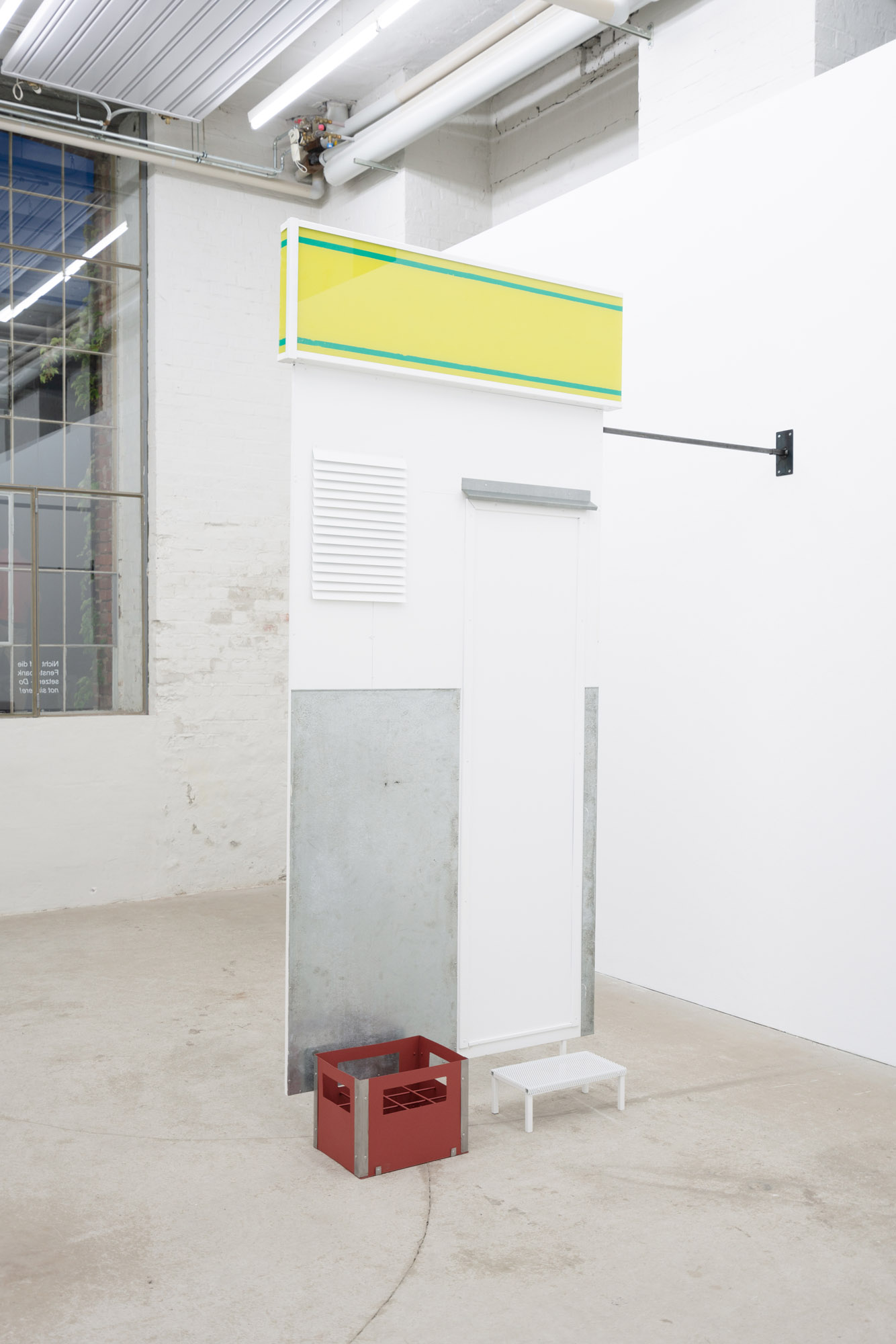 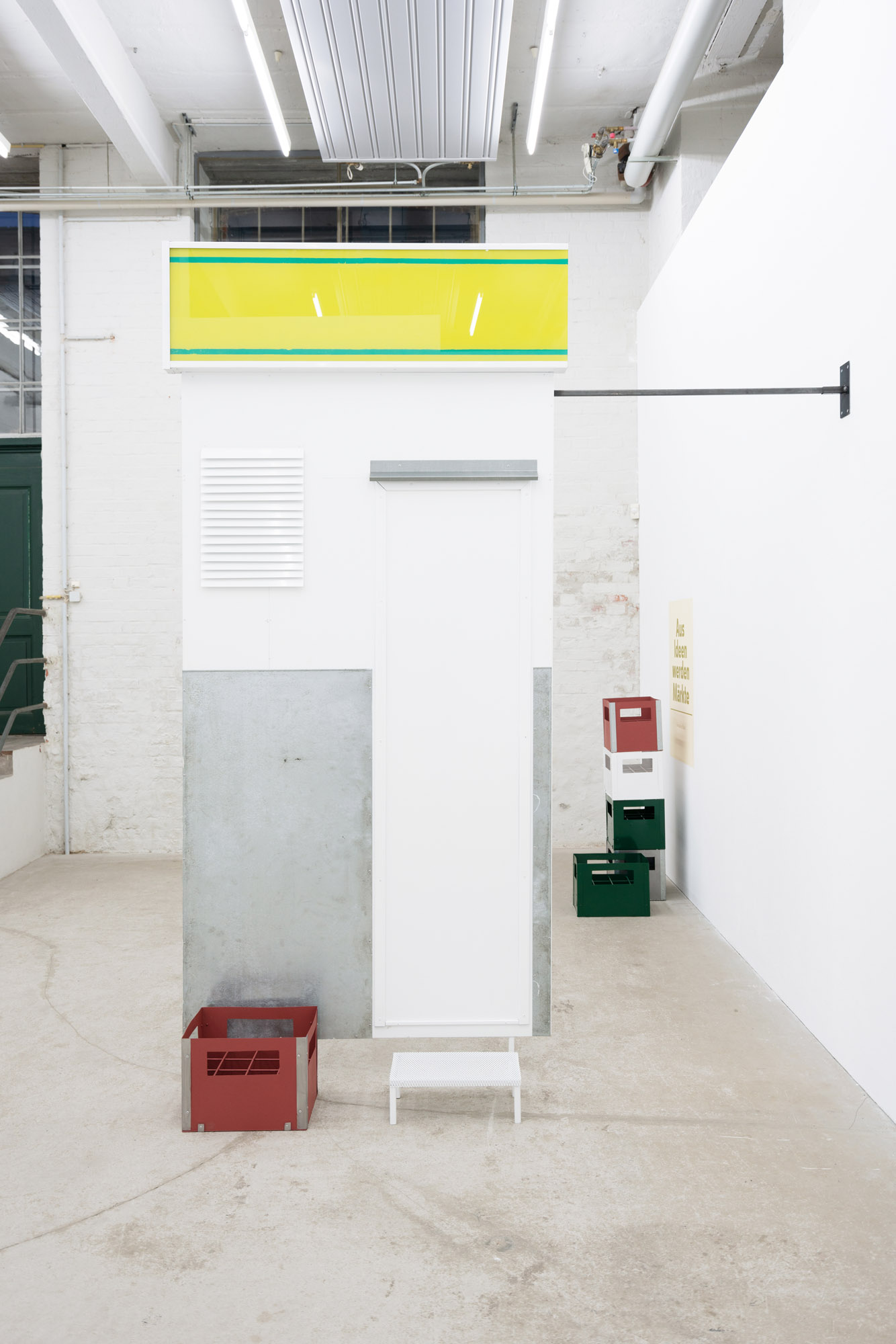 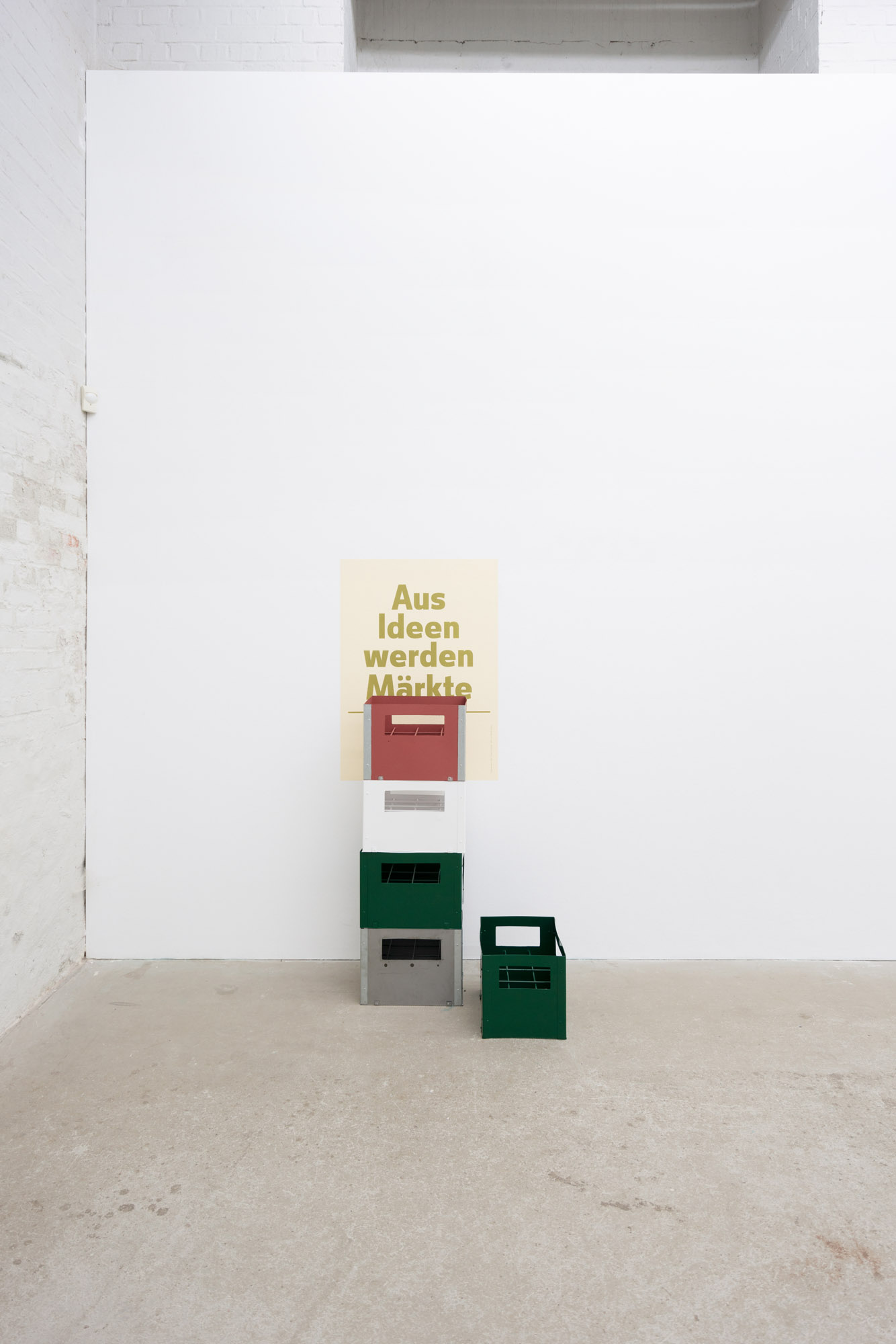 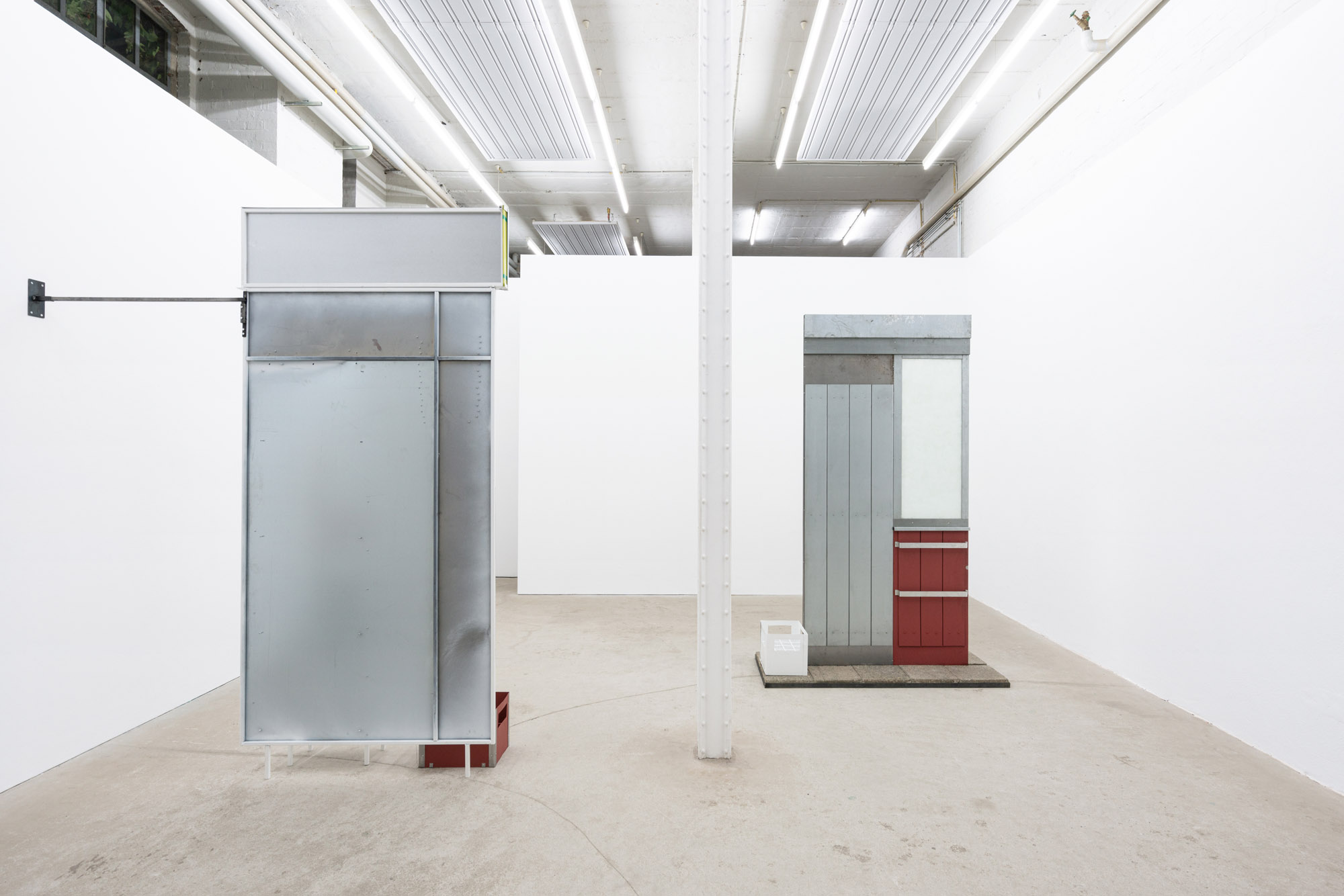 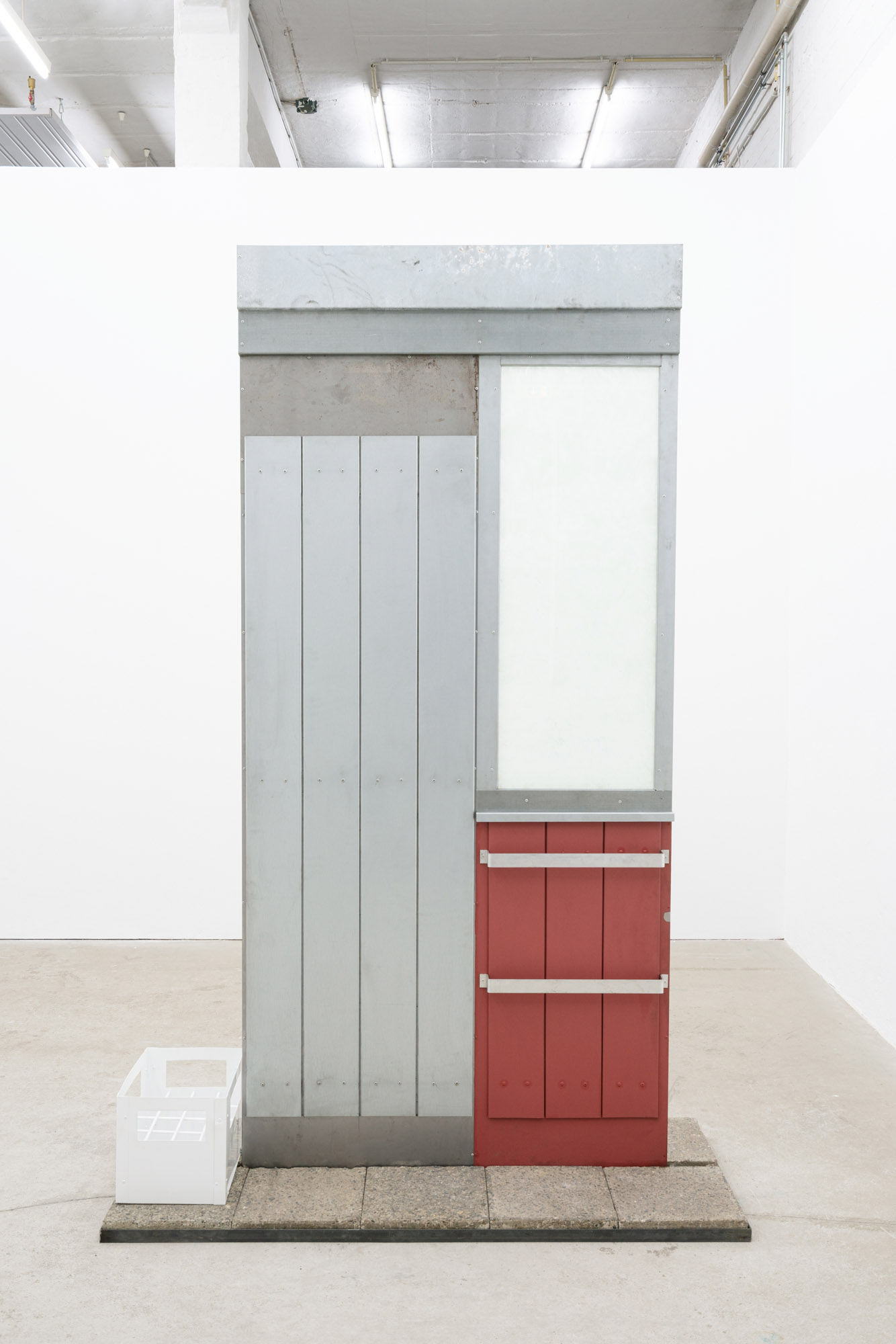 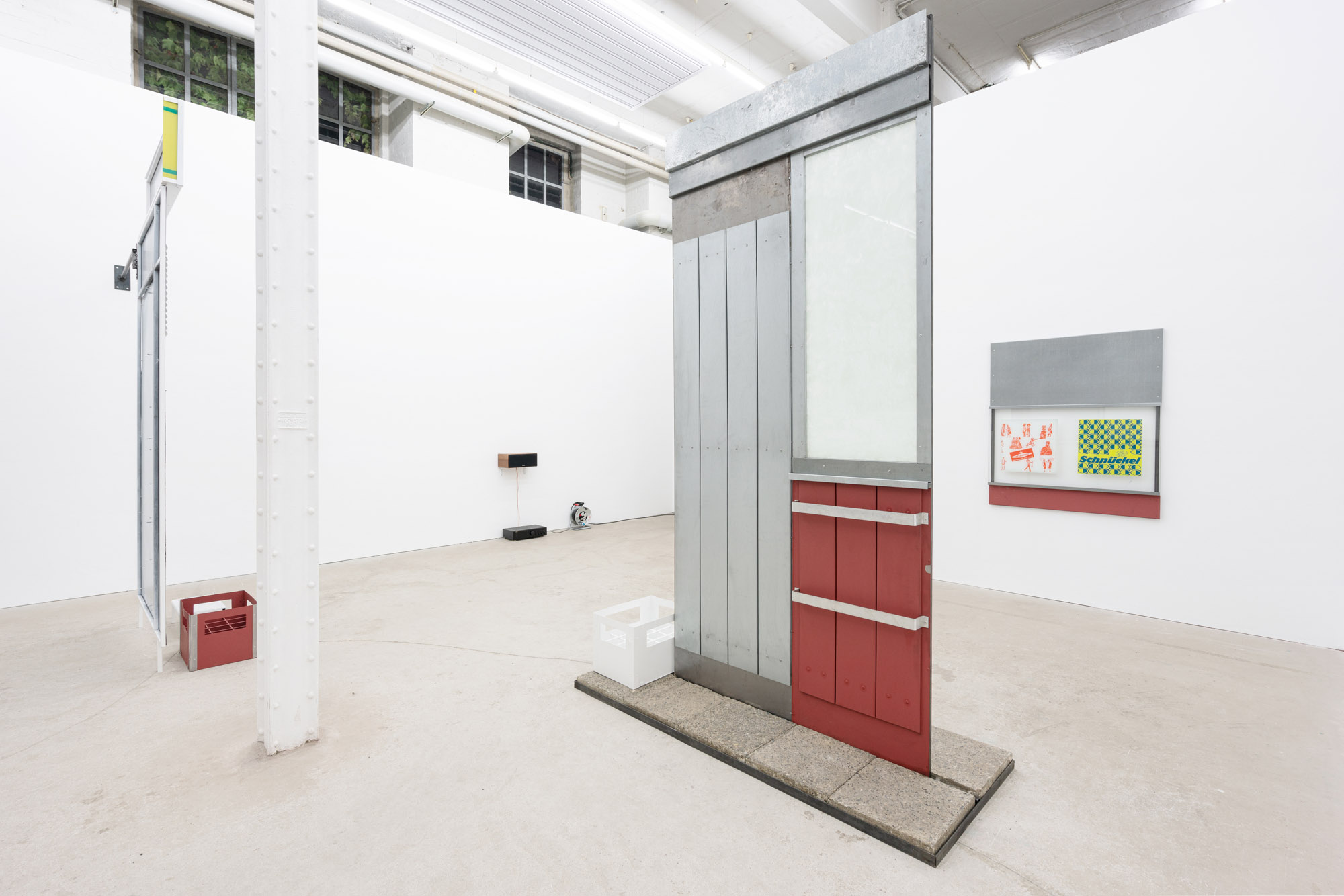 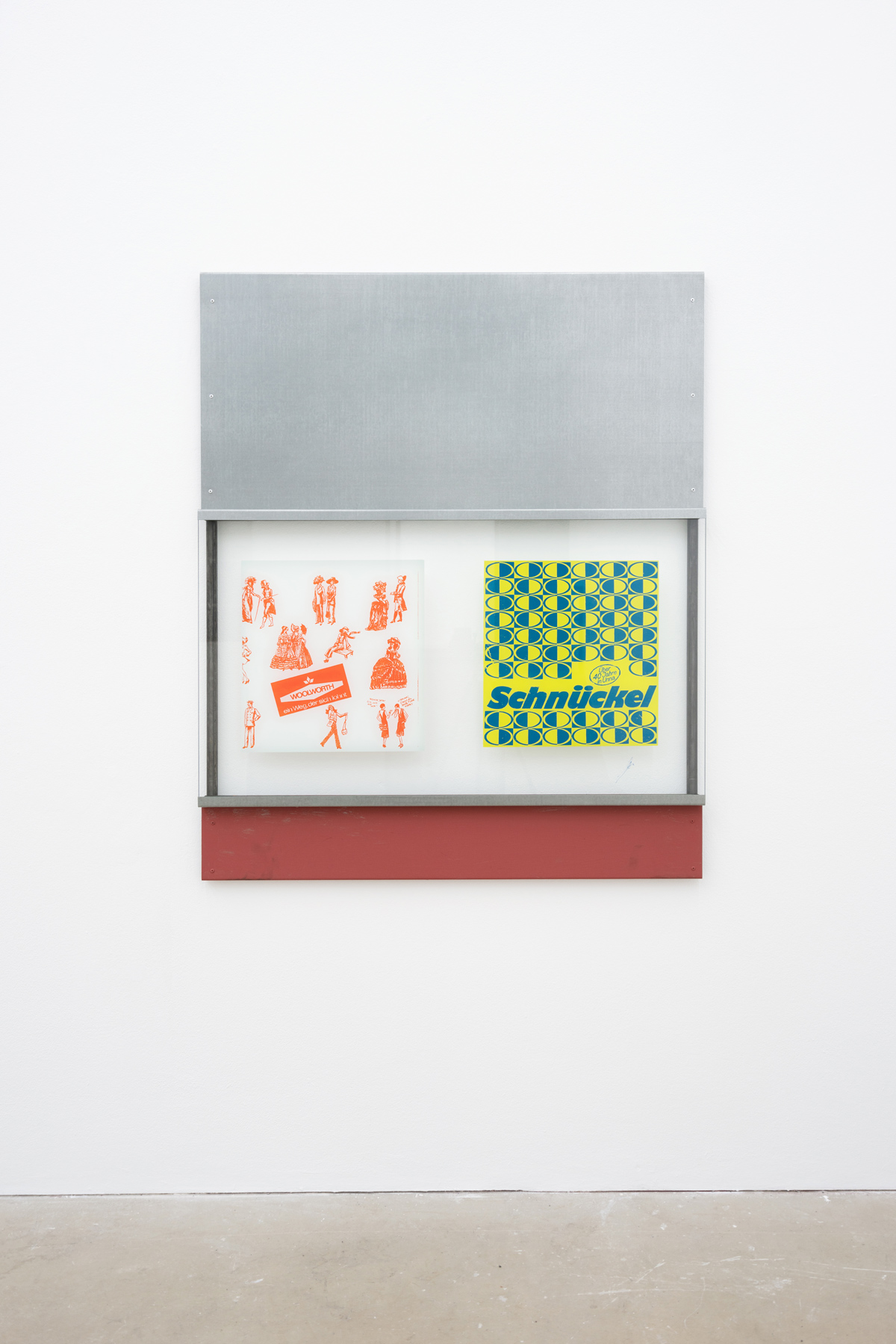 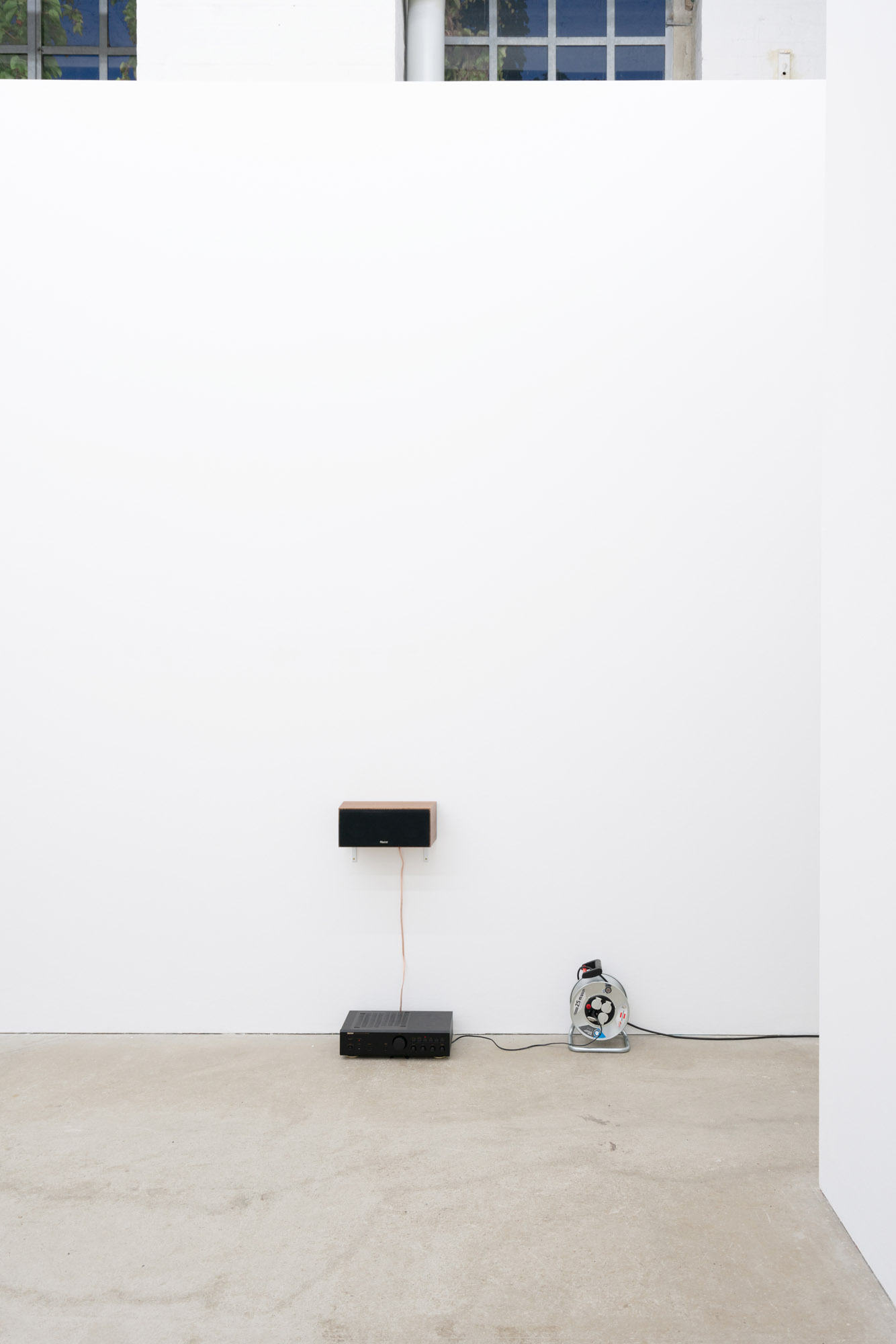 The exhibition „Der Pudding der Apokalypse“ (The Pudding of the Apocalypse) is the author and artist Wilhelm Klotzek’s third solo exhibition at Galerie Tobias Naehring.

Klotzek has borrowed the title of the exhibition from the writer and poet Adolf Endler. Klotzek is an enthusiastic reader of Endler’s writings and, in the 80s, was a subconscious witness to several readings of the poet, which took place in the apartment of Klotzek’s parents, and would go on until the small hours.

The first works one encounters are „Hintertreffen 1“ and „Hintertreffen 2“ (both 2019), in which Klotzek once again explores the format of the snack bar-relief. This time the artist’s interpretations of back and side doors are formulated in bent sheet steel. Glass window casings, end caps from zinc sheet claddings, hand-painted sections of sheet metal, questionable brackets, as well as riveted profiles are elements of Klotzek’s metallic vocabulary, which he combines into „tin collages“.

Klotzek sees the location of the „fast food buffet“ as a meeting point and venue for negotiations of populist discourses (Forum Romanum of the Sausage Eaters). And while the Hintertreffen (back-meetings) centrally jut into the exhibition space, a commented enumeration of various products whispers in the background: „… sausage ends, bratwurst unsorted, cocktail sausages / mini-cabanossi, finest meat salad, herbed potato salad … and more and more sausage, sausage, sausage …“, (from „Im Angebot“, 2017 – 19), recorded in the Leipzig-based discount store ‚Im Angebot‘ as well as in a bakery opposite.

In the corner of the exhibition space, „set aside“ by the artist, stand five stacked empty bottle crates made of sheet metal. Behind it an almost intrusive poster: „Ideen werden zu Märkten – Deutsche Bank“ („Ideas become Markets – Deutsche Bank”) stands in writing, the closing quotation from the film „Imbiss-Spezial“ (“Snack Bar-Special”) by the filmmaker Thomas Heise, from the year 1989. In several conversations Klotzek has spoken of a very moving moment in the film, accompanied by Franz Schubert’s „In der Ferne“. „That’s where they really got me: all those people marching in these over-saturated colours and you hear that last bit of that piece of music: ‚… the helplessly sinking‘ and then the Deutsche Bank slogan. I could puke — for joy!“