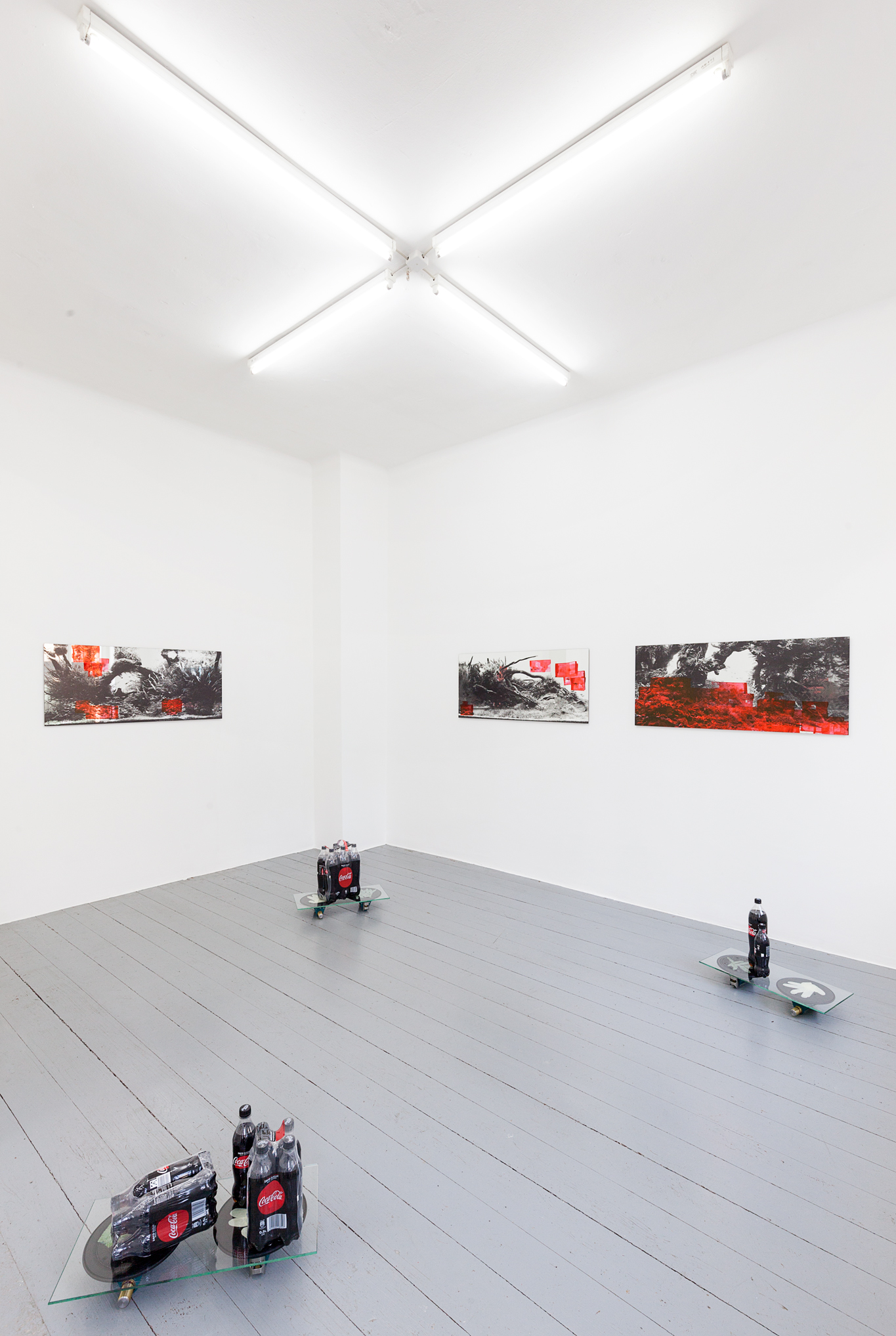 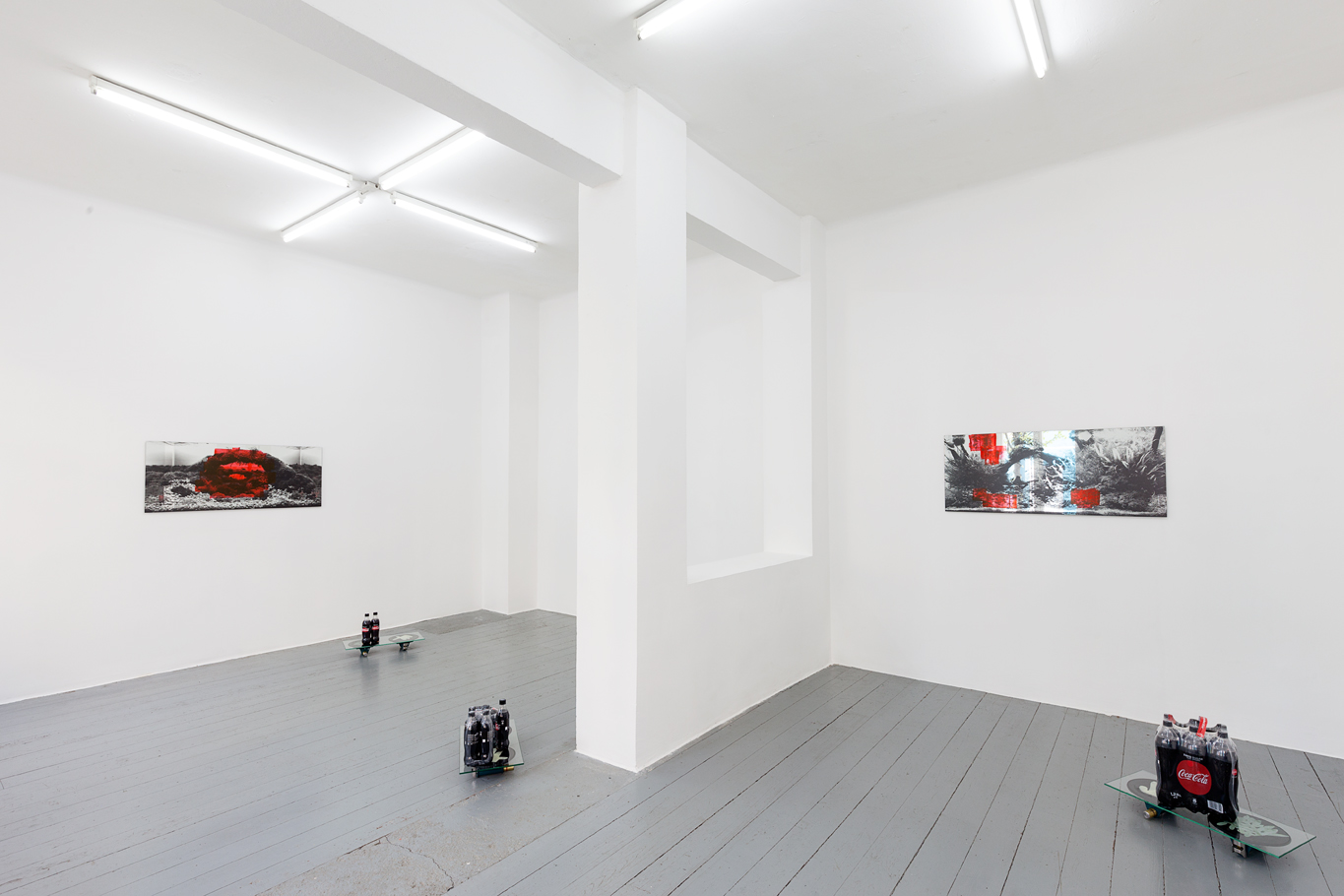 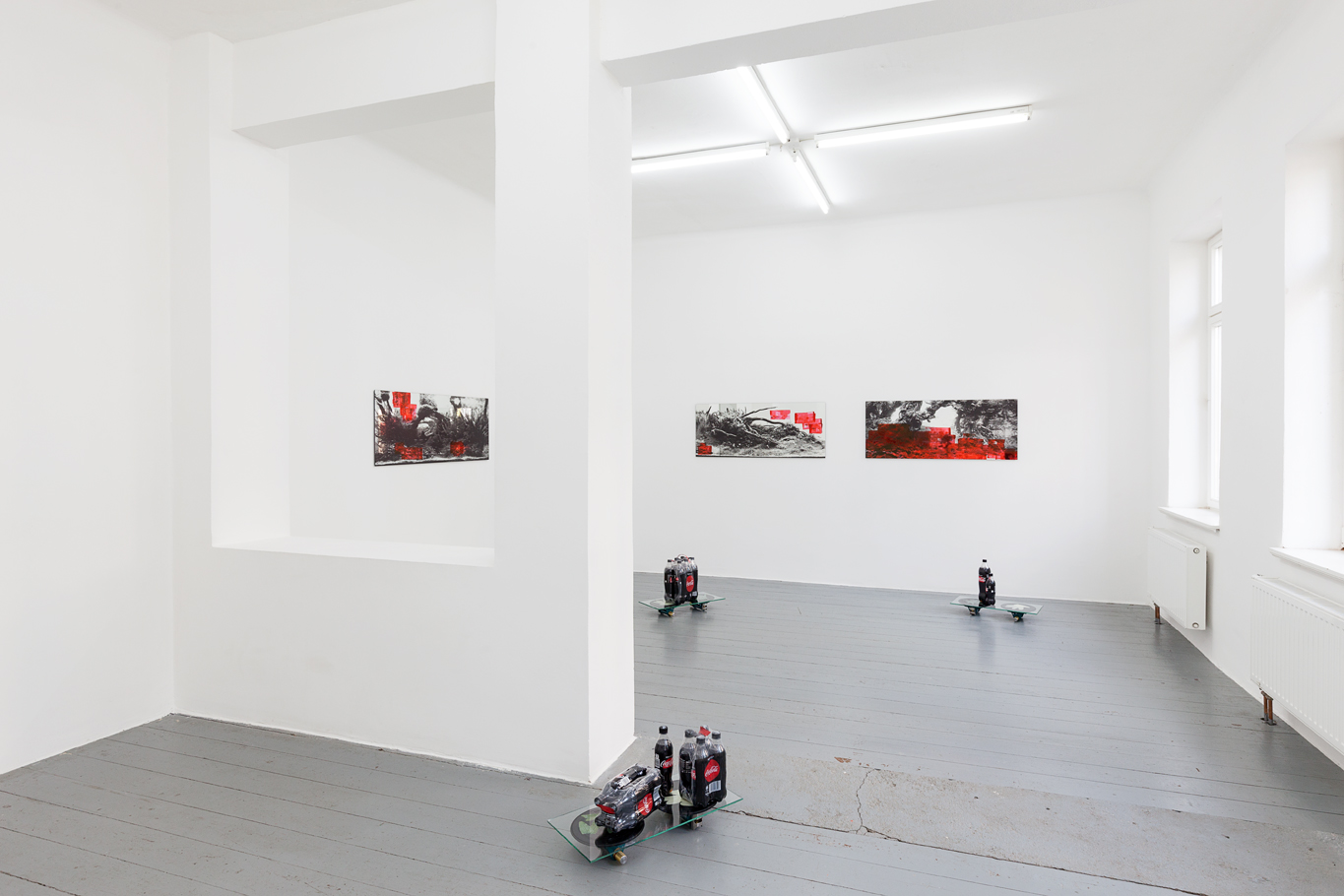 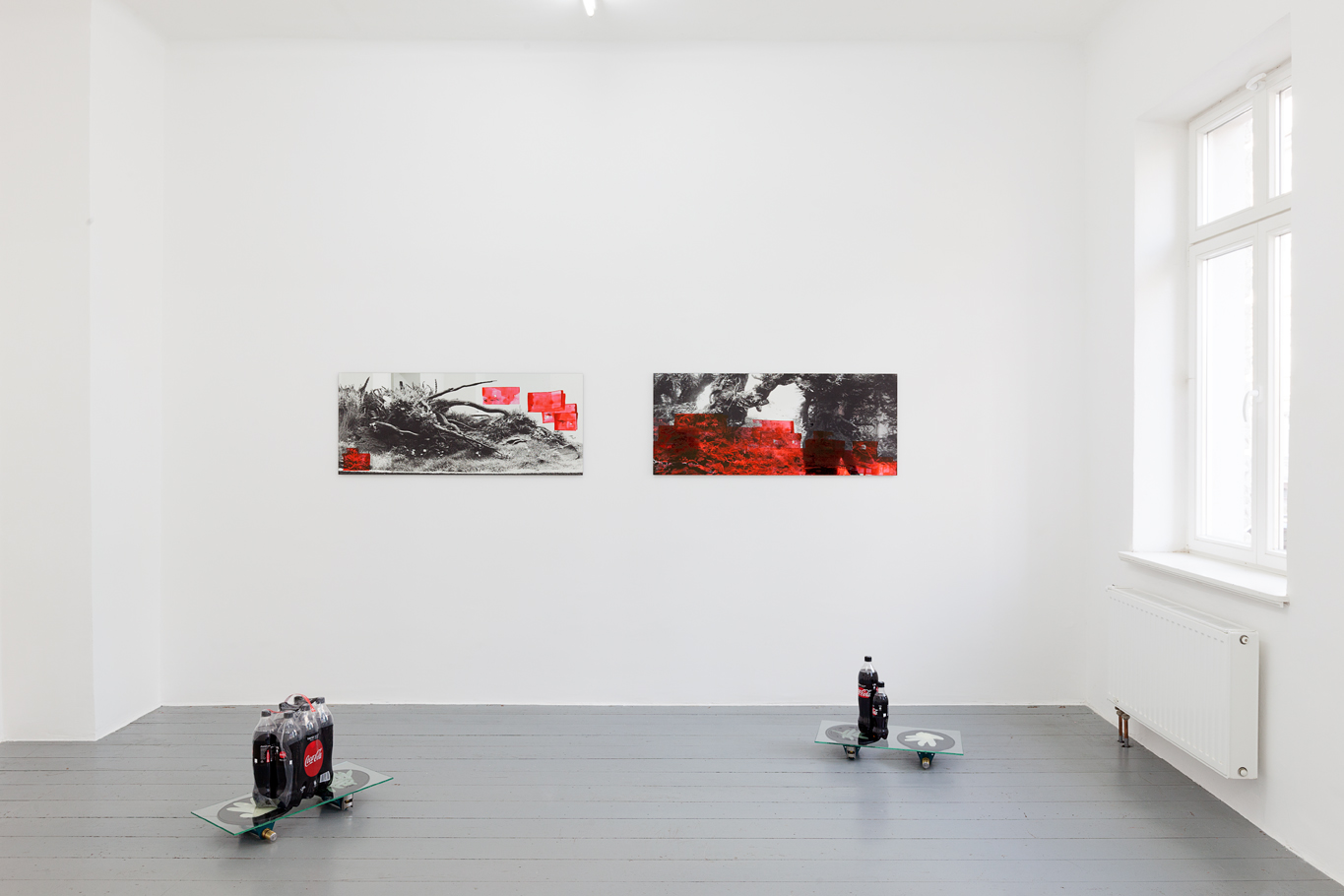 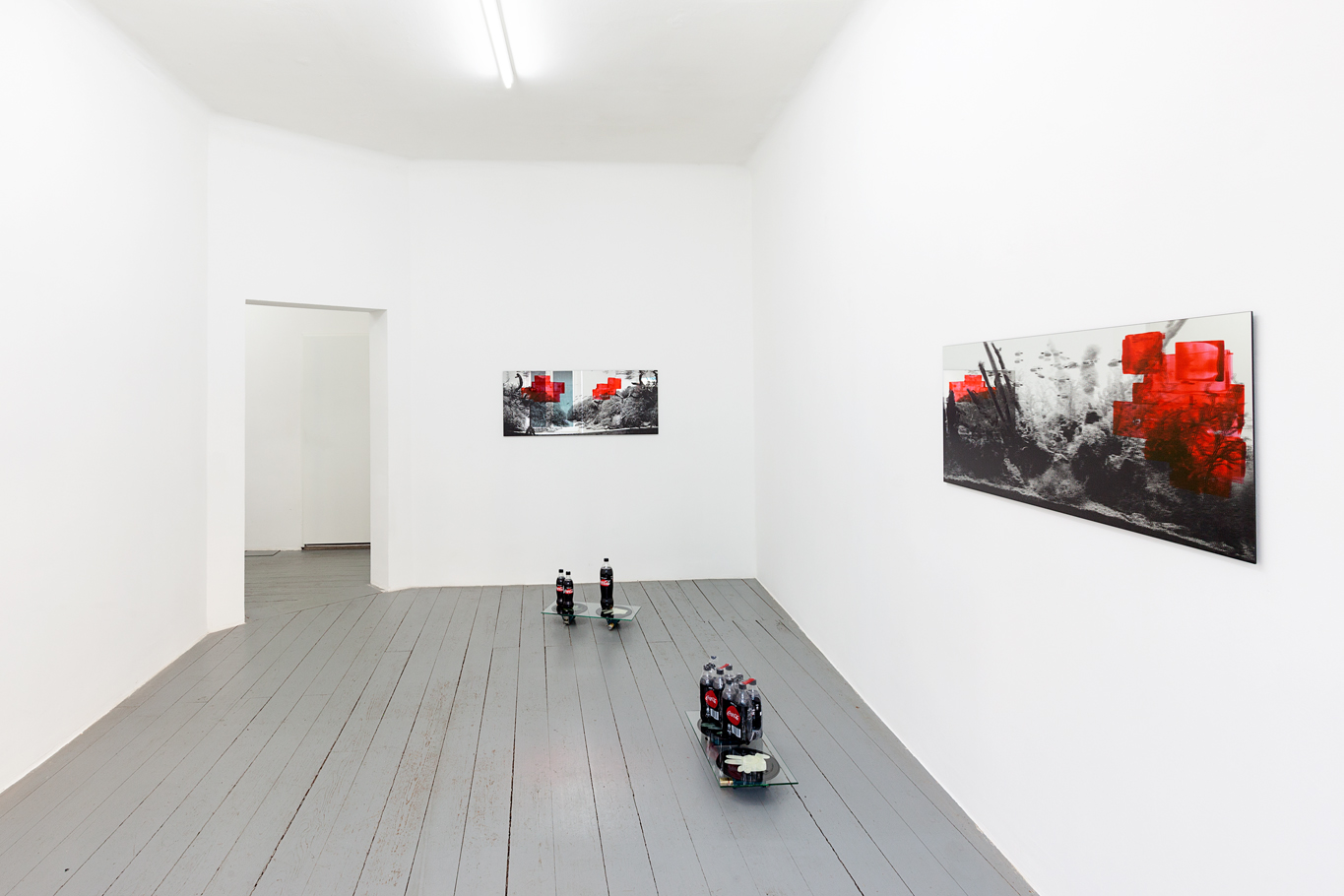 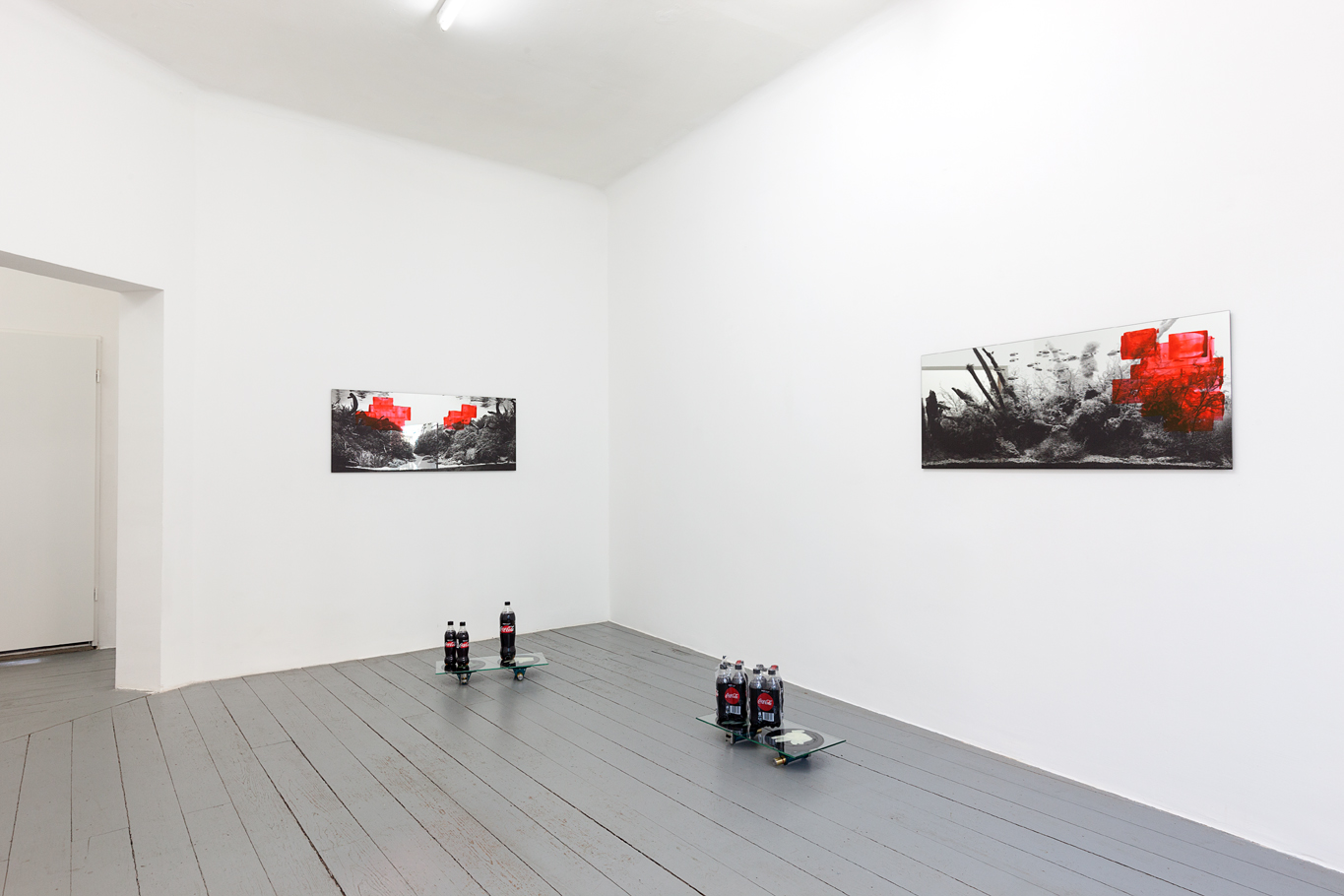 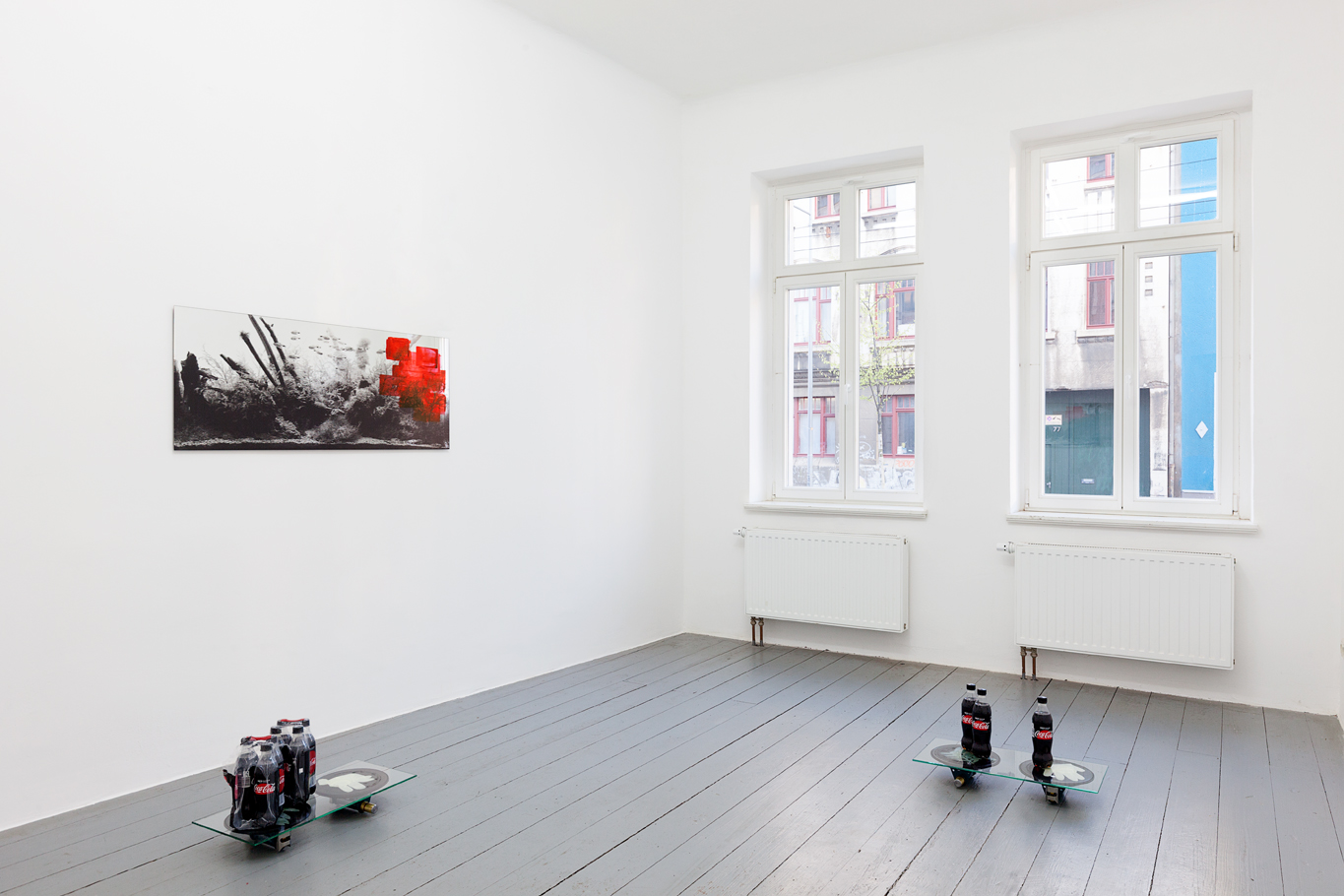 Otto: So, you like animals, Ken. What’s the attraction?

Ken: You can trust them, and they don’t sh-sh-sh-

Otto: Shit on you?

In the 1970’s the Japanese cyclist and landscape photographer Takashi Amano (1954 – 2015) developed a novel design concept for aquariums. Differing from classical fishkeeping, Amano’s water landscapes played a subordinate role. The focus lay much more on the overall aesthetic composition of flora, fauna and rock. Inspired by actual landscapes that Amano had photographed in West Africa, the Amazon, or Borneo, he positioned water plants in carefully assembled compositions of wood, stones, and sand. His idea hit a nerve. In 1982, Amano founded Aqua Design Amano, now a worldwide company that produces high-end aquarium products.

Amano’s natural aquariums form the starting point for Timo Seber’s third solo exhibition at Galerie Tobias Naehring. Seber sees them as utopian spaces, models for a better, more beautiful world. In fact, the aquariums don’t just imitate nature they surpass it. Here animals and plants meet that would never have met in real waters. They form artificial ecosystems that are kept in check with chemical additives. If there are too many nutrients in the pool, algae grow, if there aren’t enough nutrients the animals die. The term natural aquarium is therefore misleading. Nothing about them is natural. Everything is composed. „Creating Nature,“ Takashi Amano told the Wall Street Journal in 2012, „is the ultimate luxury.“ The upkeep of a natural aquarium not only requires expensive equipment, but above all much time, concentration and patience.

In „Amano Amano“ Seber, as in previous works where he focused i.a. on the computer game Dota, directs our gaze towards a parallel universe, a would-be free zone with an integrated tilting moment: the meditative contemplation of graceful fishes and lush green plants becomes an arduous fight against nature, an obsession.

Seber has hung six printed mirrors on the walls of the gallery. They depict grainy black-and-white photographs of Amano’s natural aquariums. In their detailed composition, the motifs could be compared to traditional Japanese landscape painting Sansui-ga. Seber has marked some spots in red marker, as if there were something wrong with them. Is something missing? Is there too much of something? True perfection remains forever unattainable.

As is true for us. The idea of body optimization doesn’t appear far-fetched. Timo Seber subtly implies this in his use of mirrors, wherein the viewers are confronted with themselves, and by the objects that Timo Seber that has arranged between these: Soft drink bottles stand upon pedestals made of vacuum glass lifters and glass panes, in between which a leaf of the houseplant Phlebodium aureum (also used to brew a healing tea) and a latex glove are encased. It’s Coca-Cola Zero Sugar, the brand-new Coke Zero product bearing a Japanese-style solar disc. The re-design floats into focus: a weightless Zen look for this naturally artificially improved drink of the mindful fitness freak, sugary-sweet, but sugar-free, with addiction potential, but no danger for the (calorie) balance.

The objects can be viewed as deconstructed aquariums. Only the fish seem to have left town, abandoning us in a net of expectations and longings, a mess of optimism and obsession.