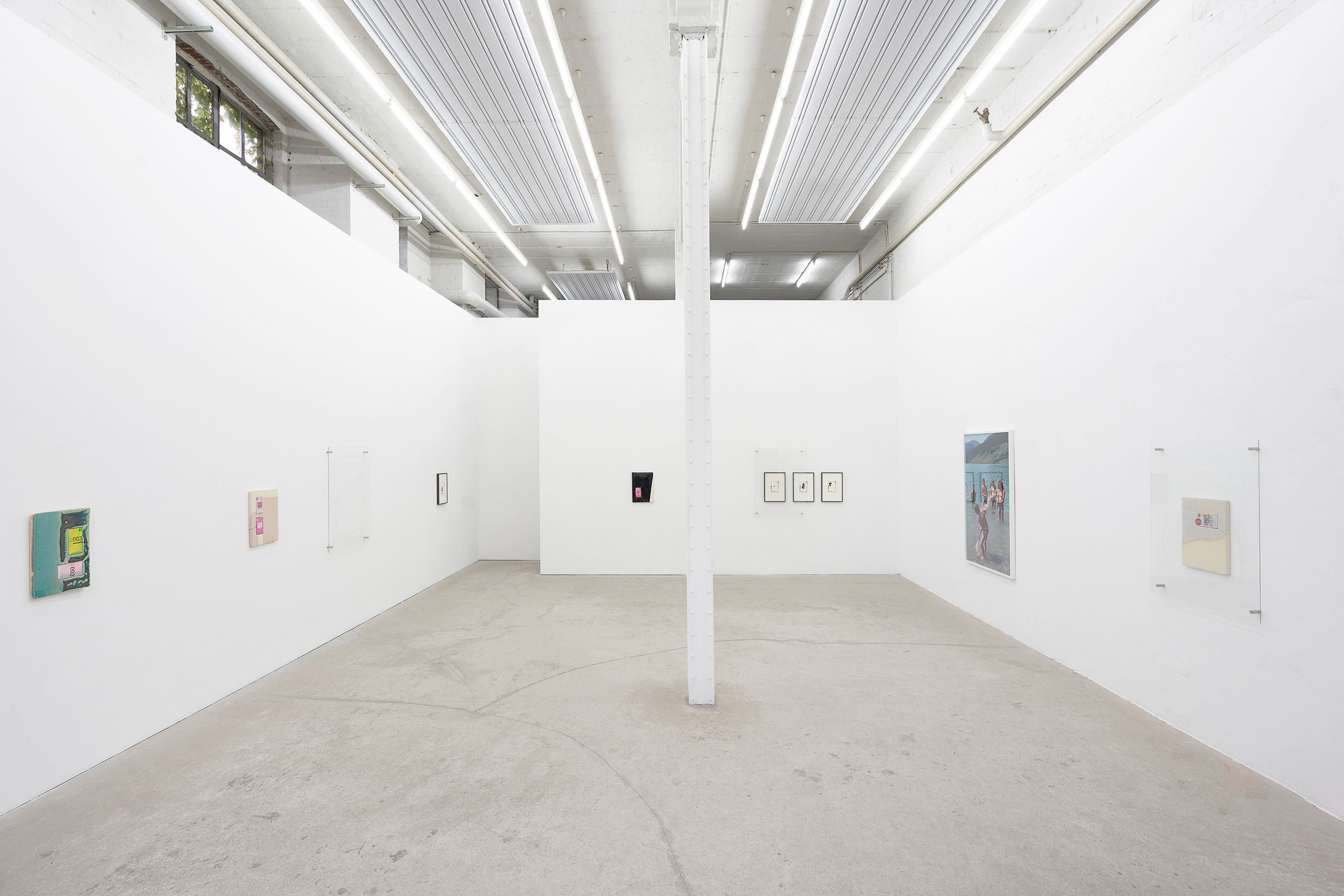 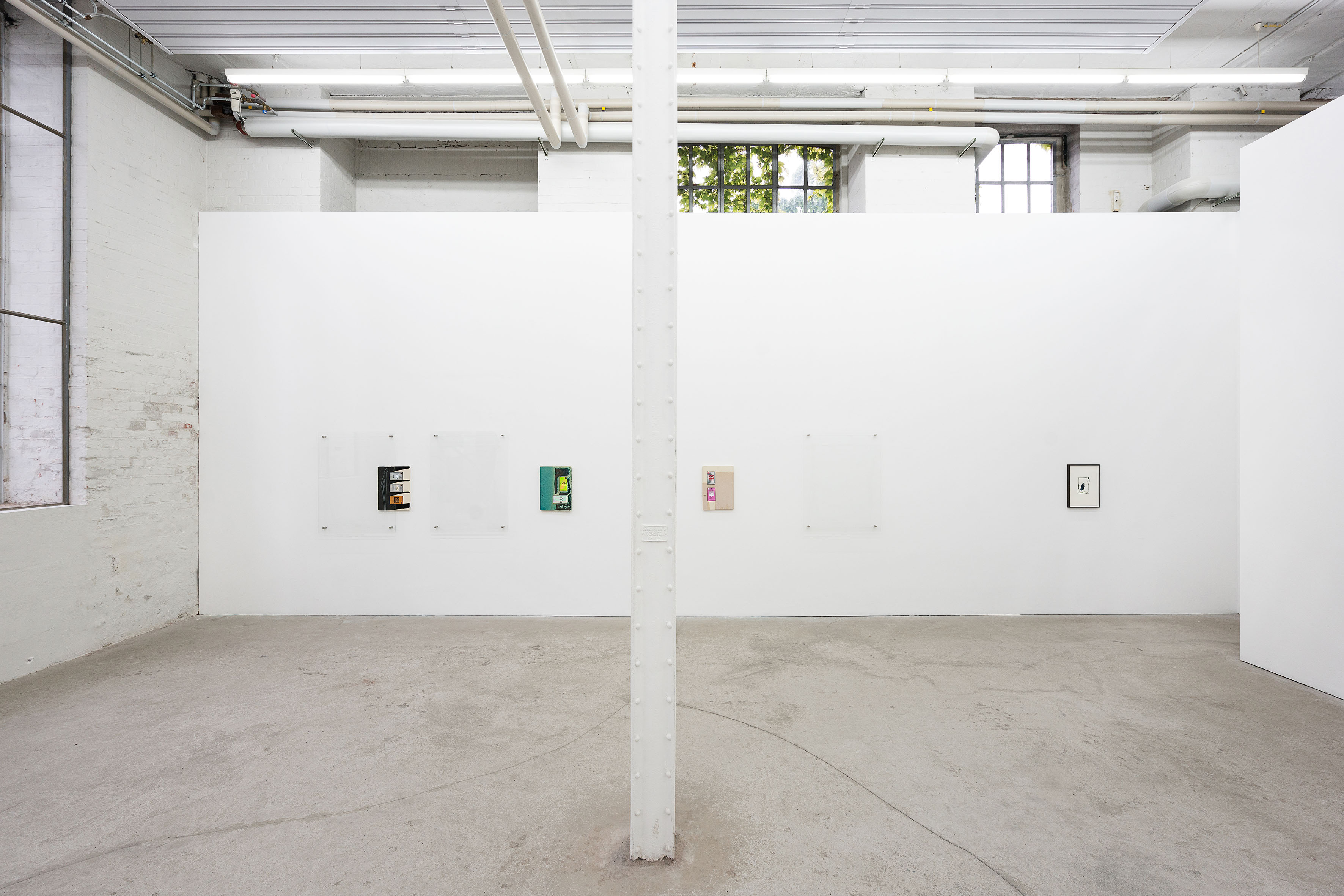 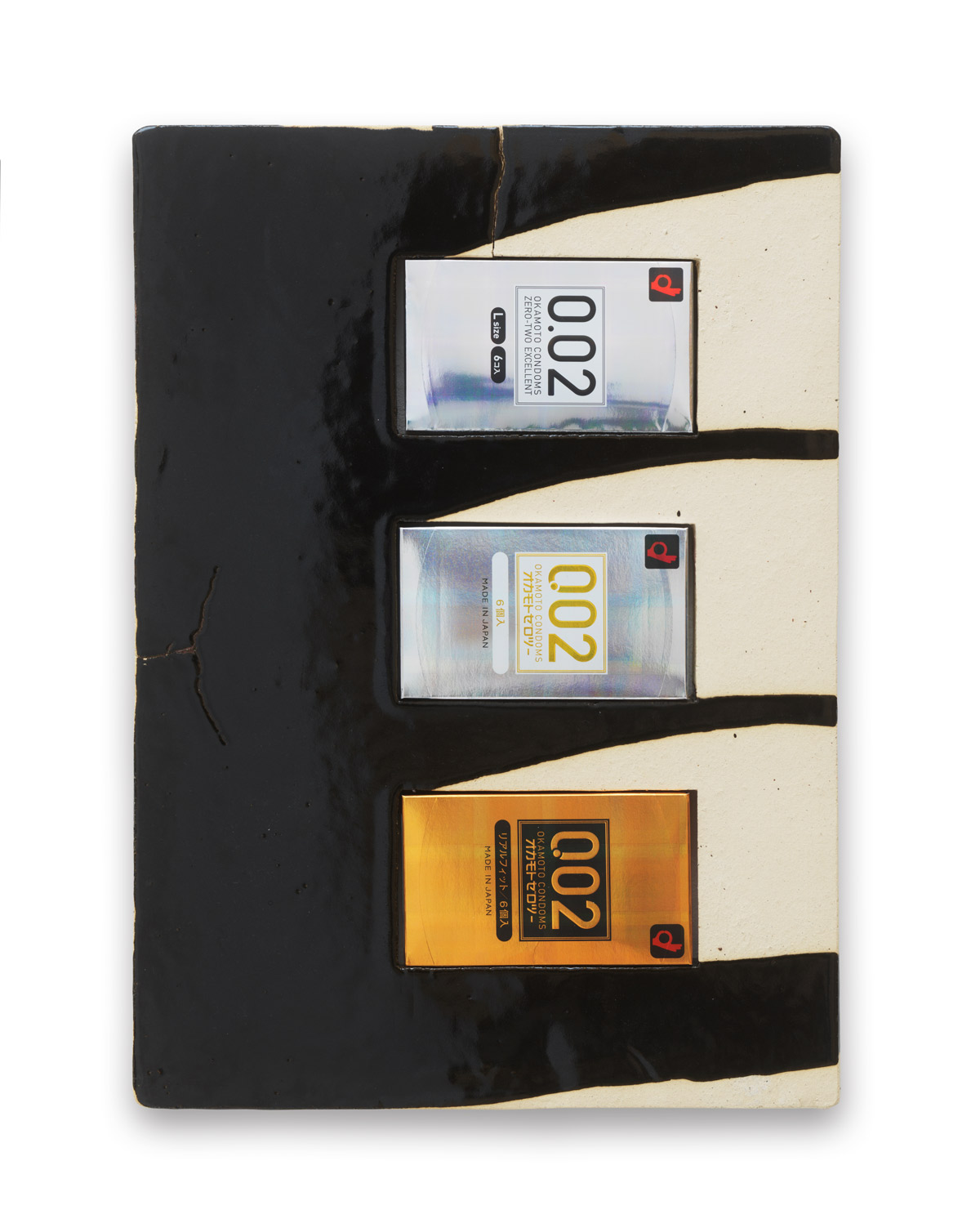 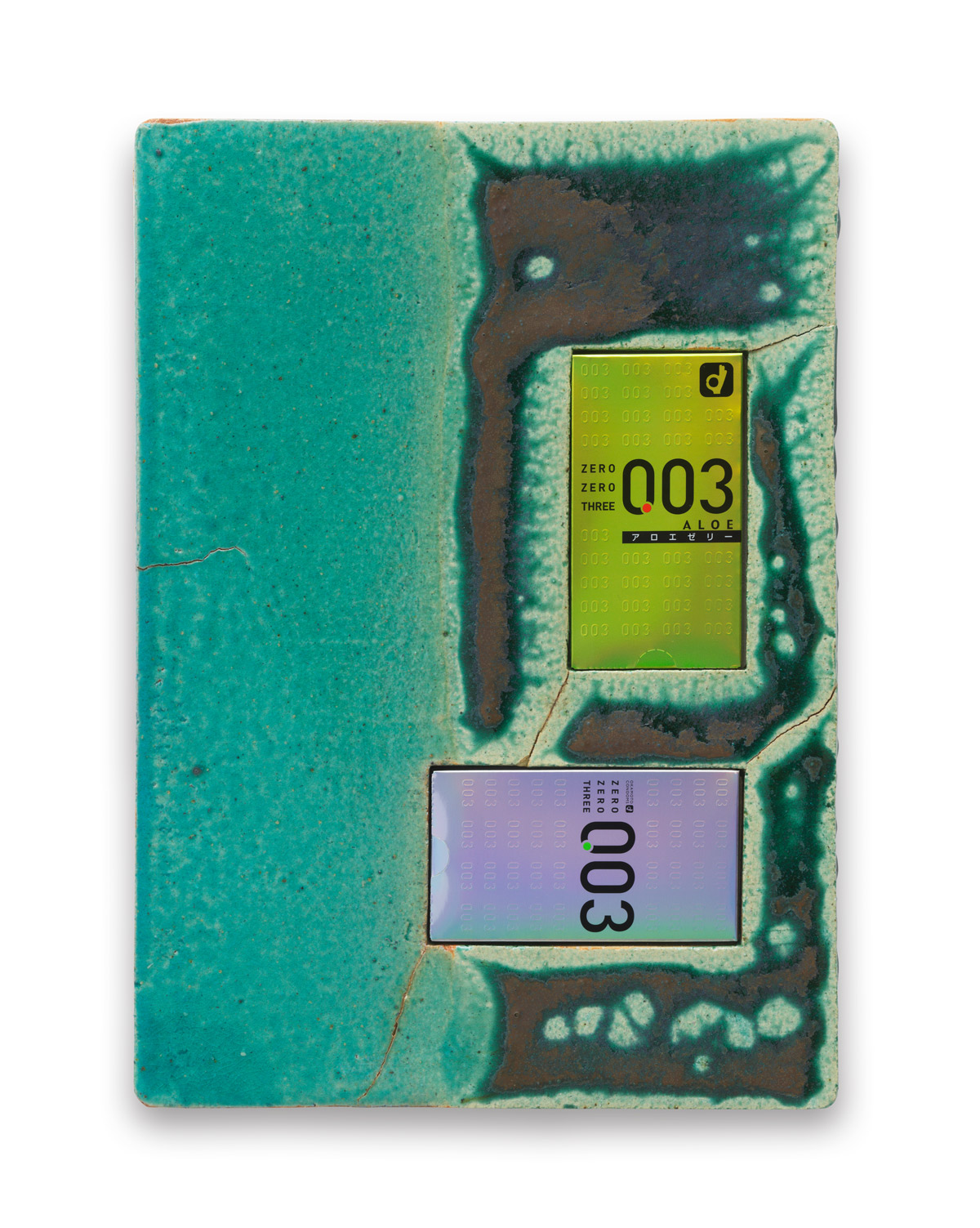 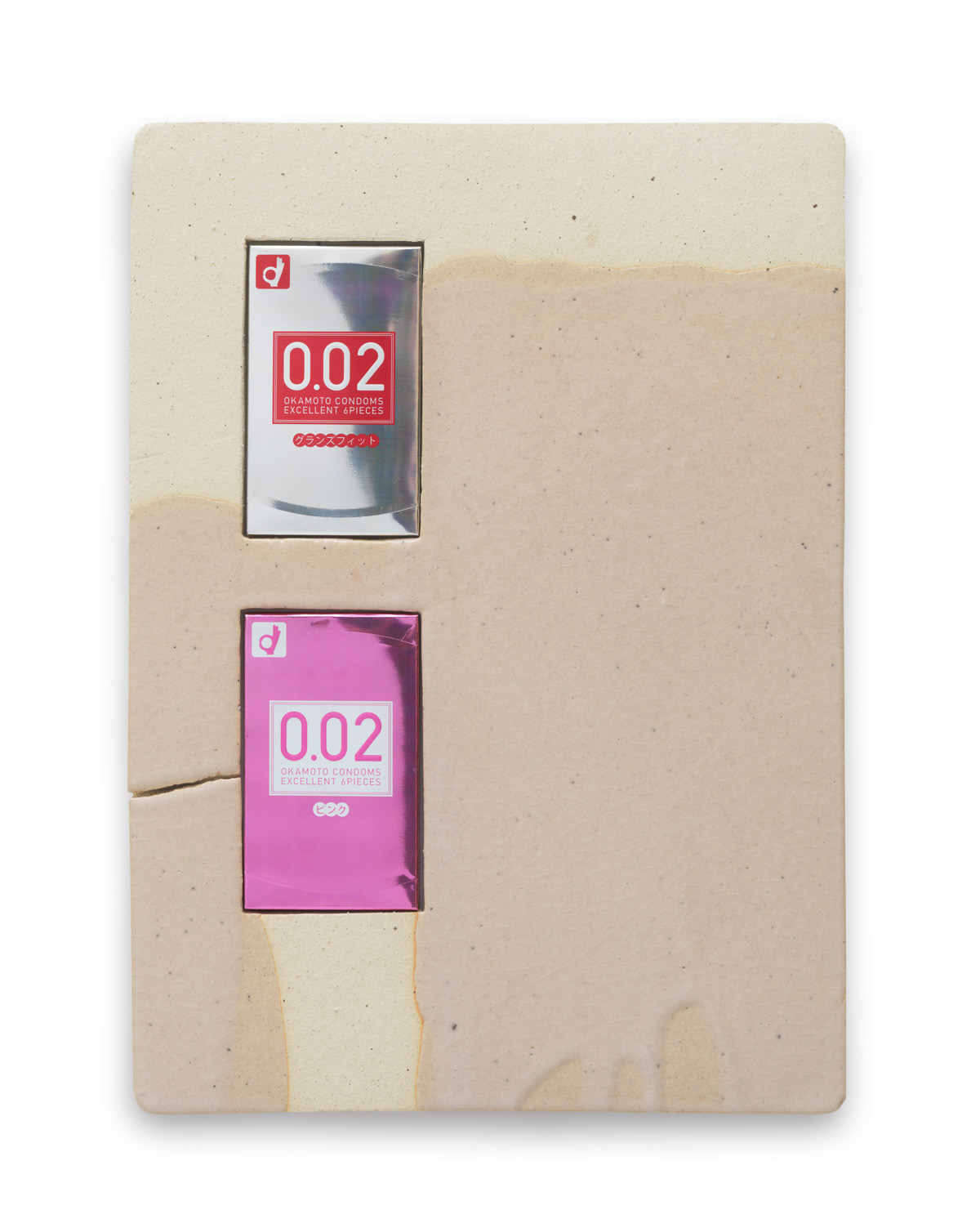 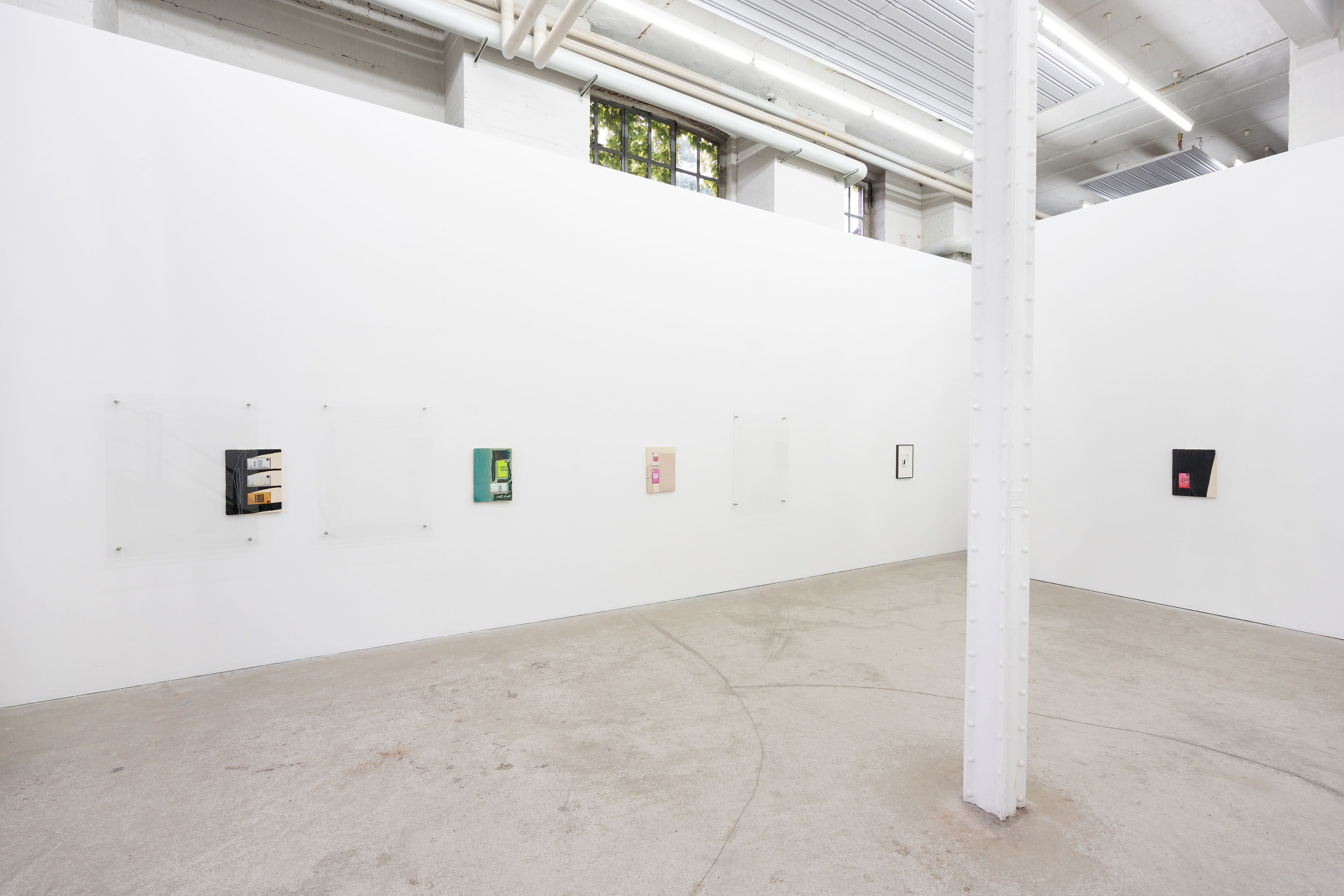 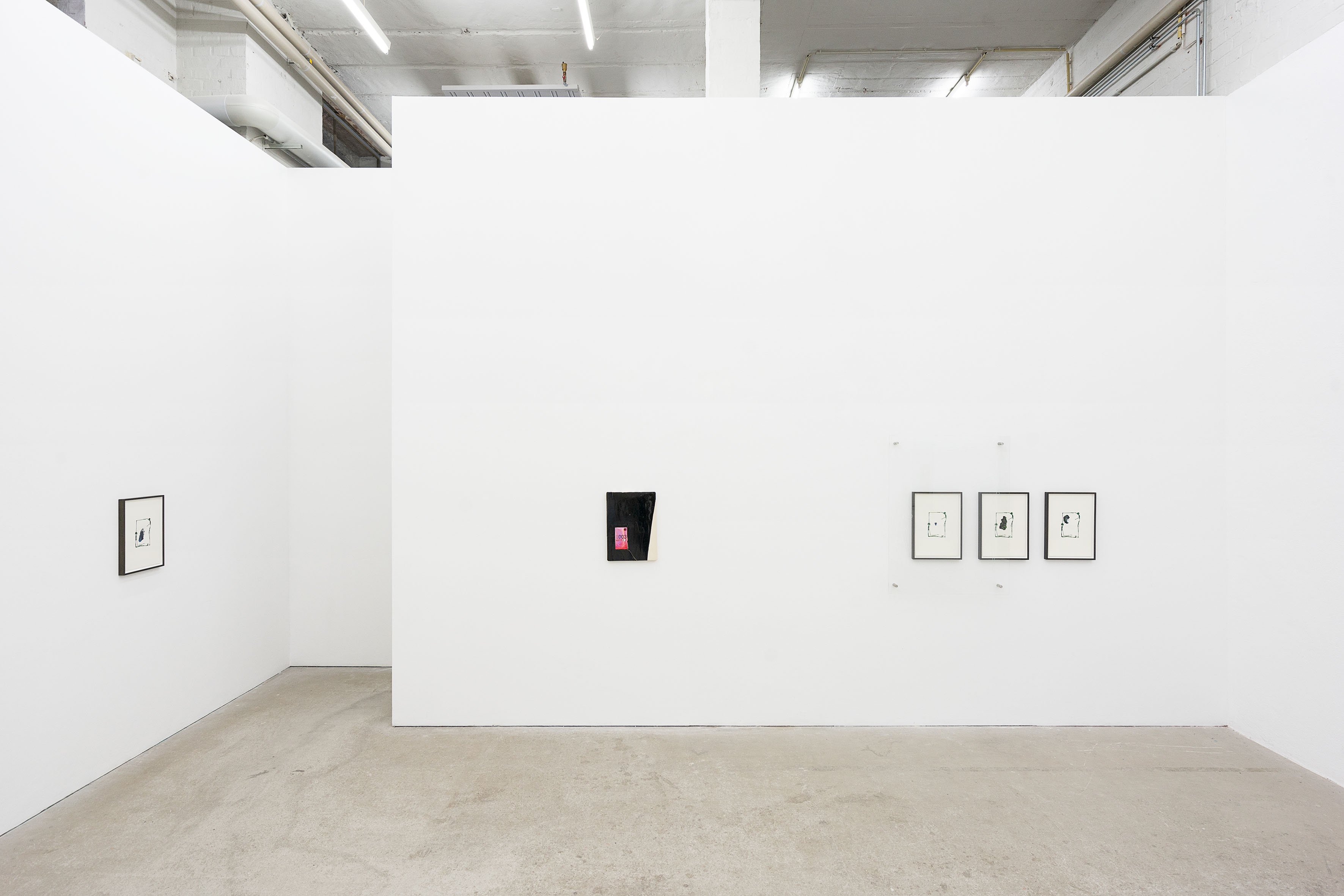 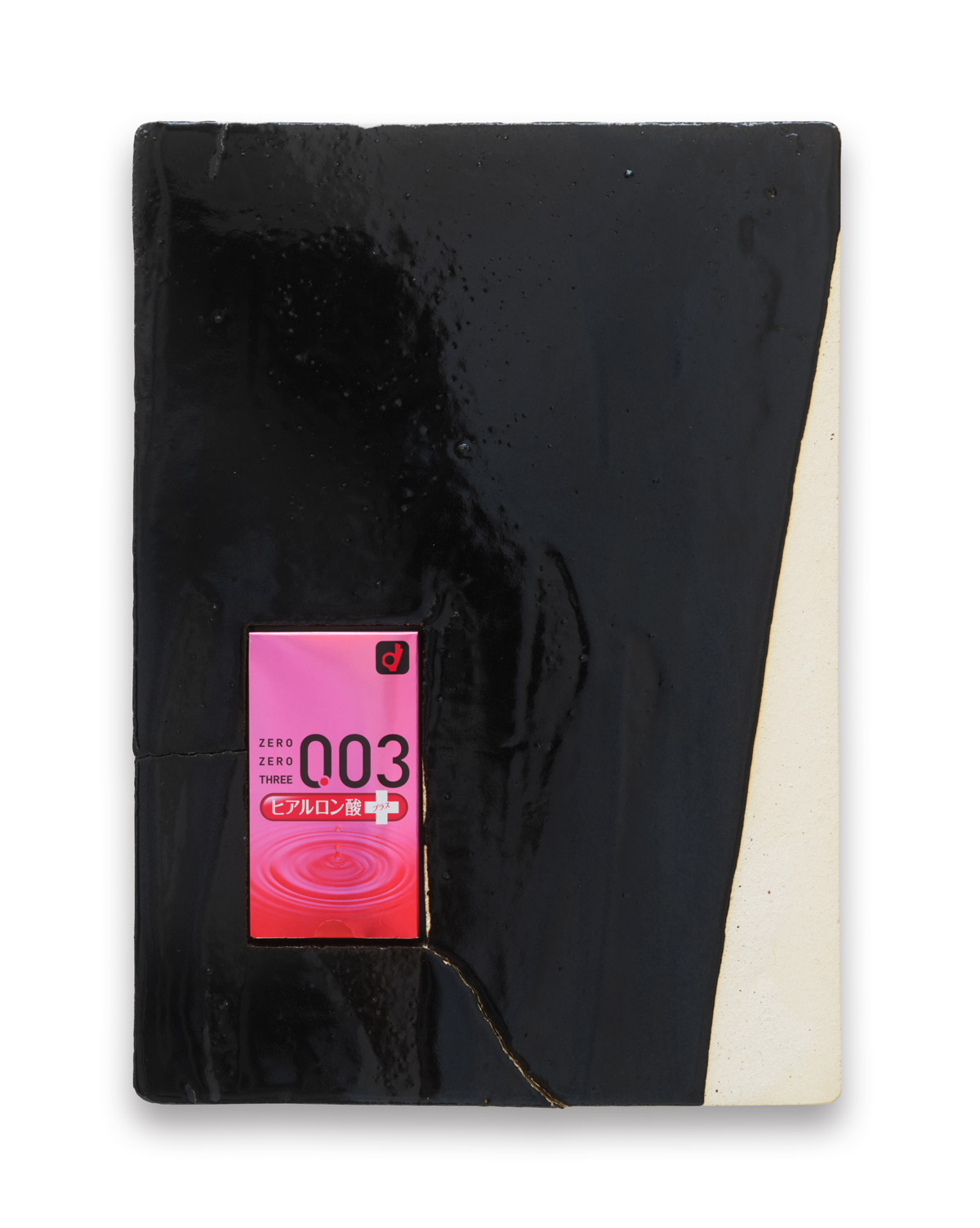 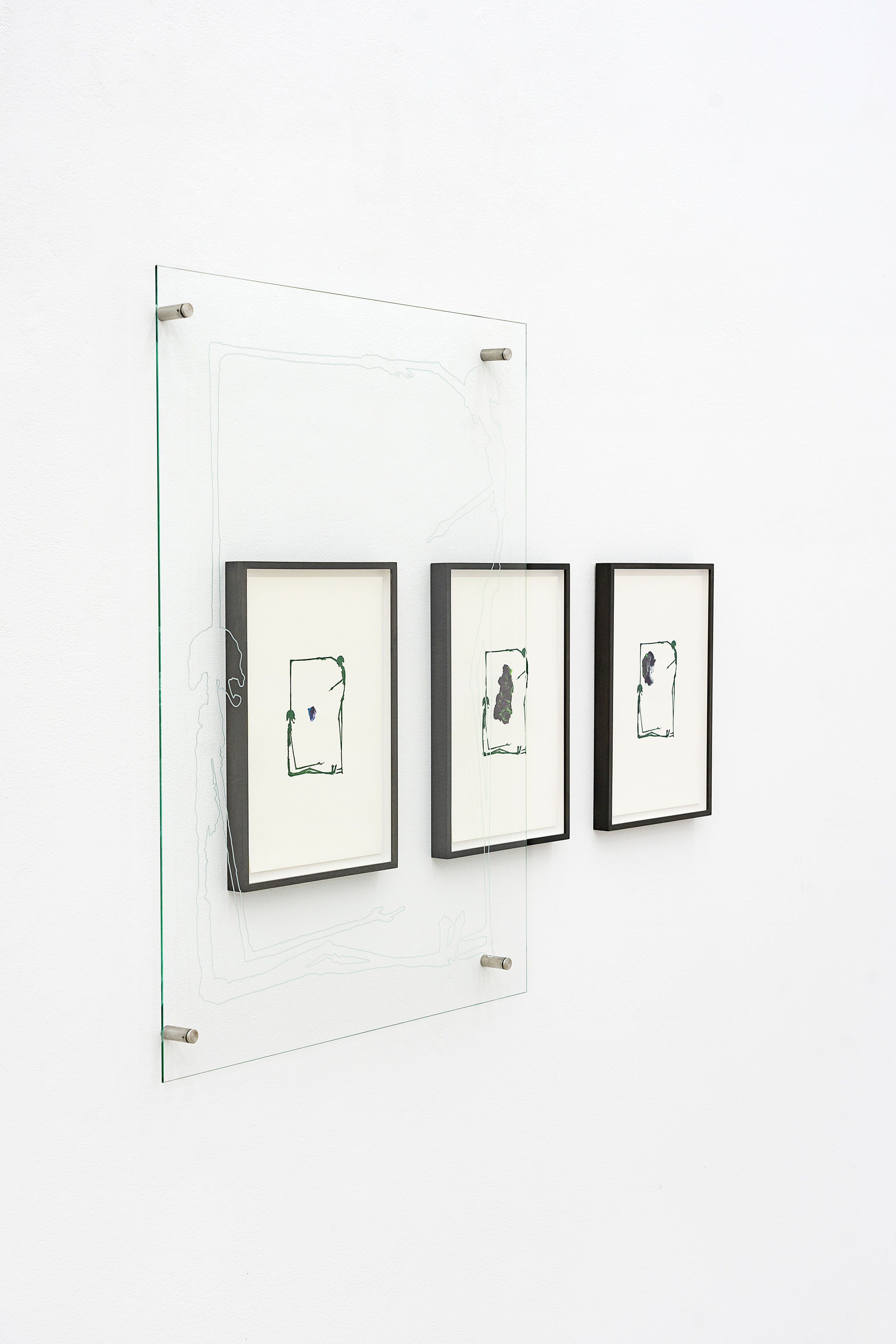 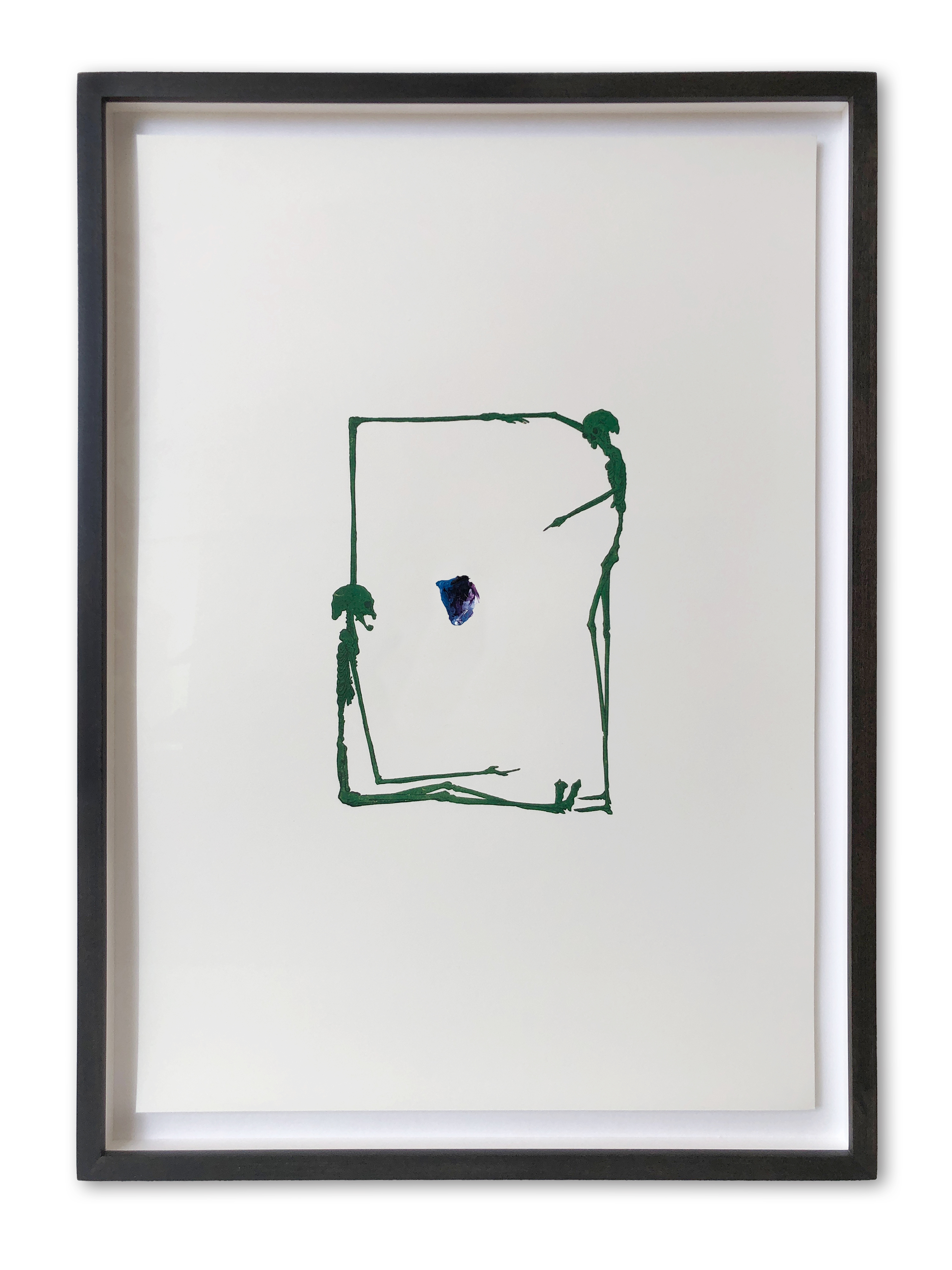 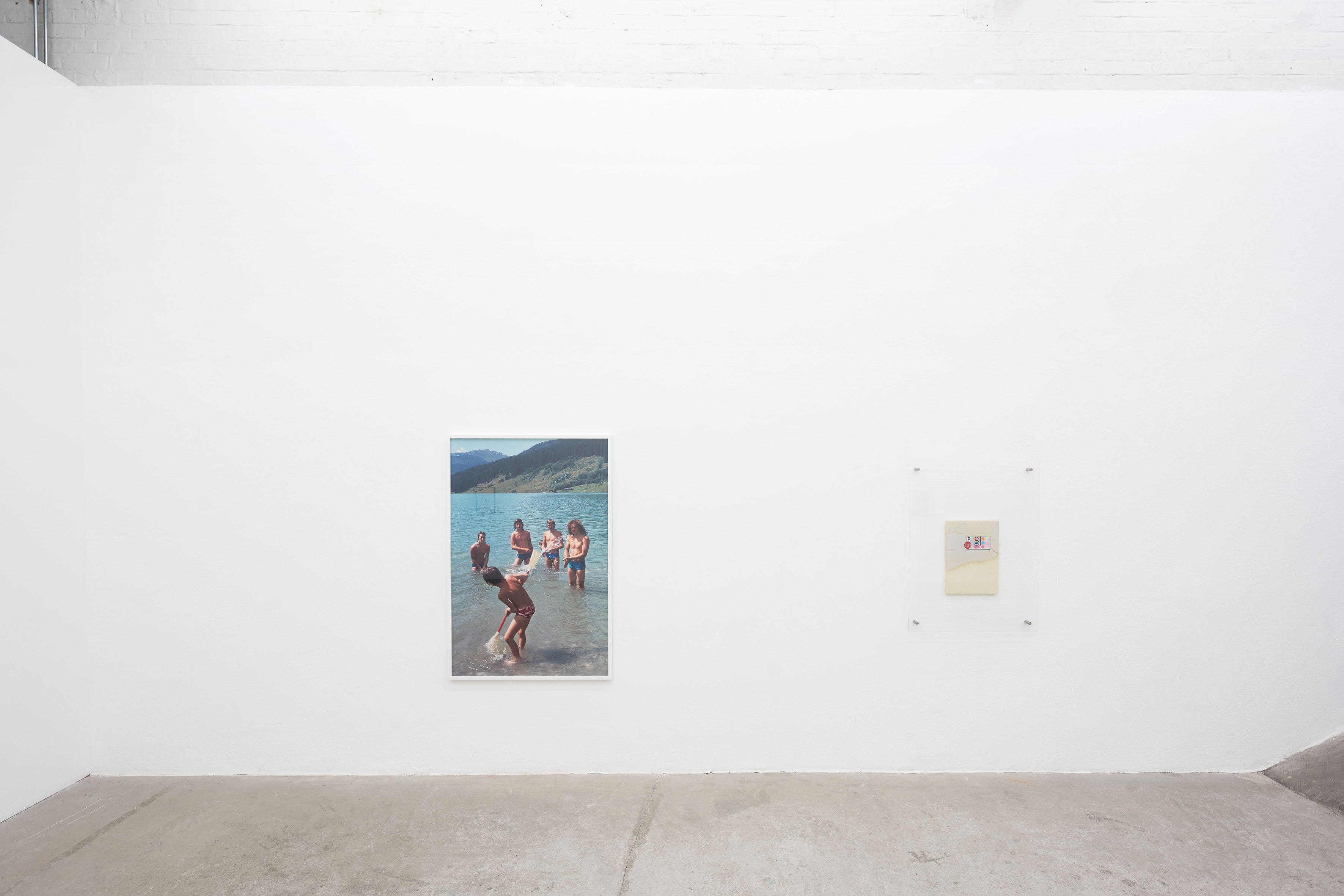 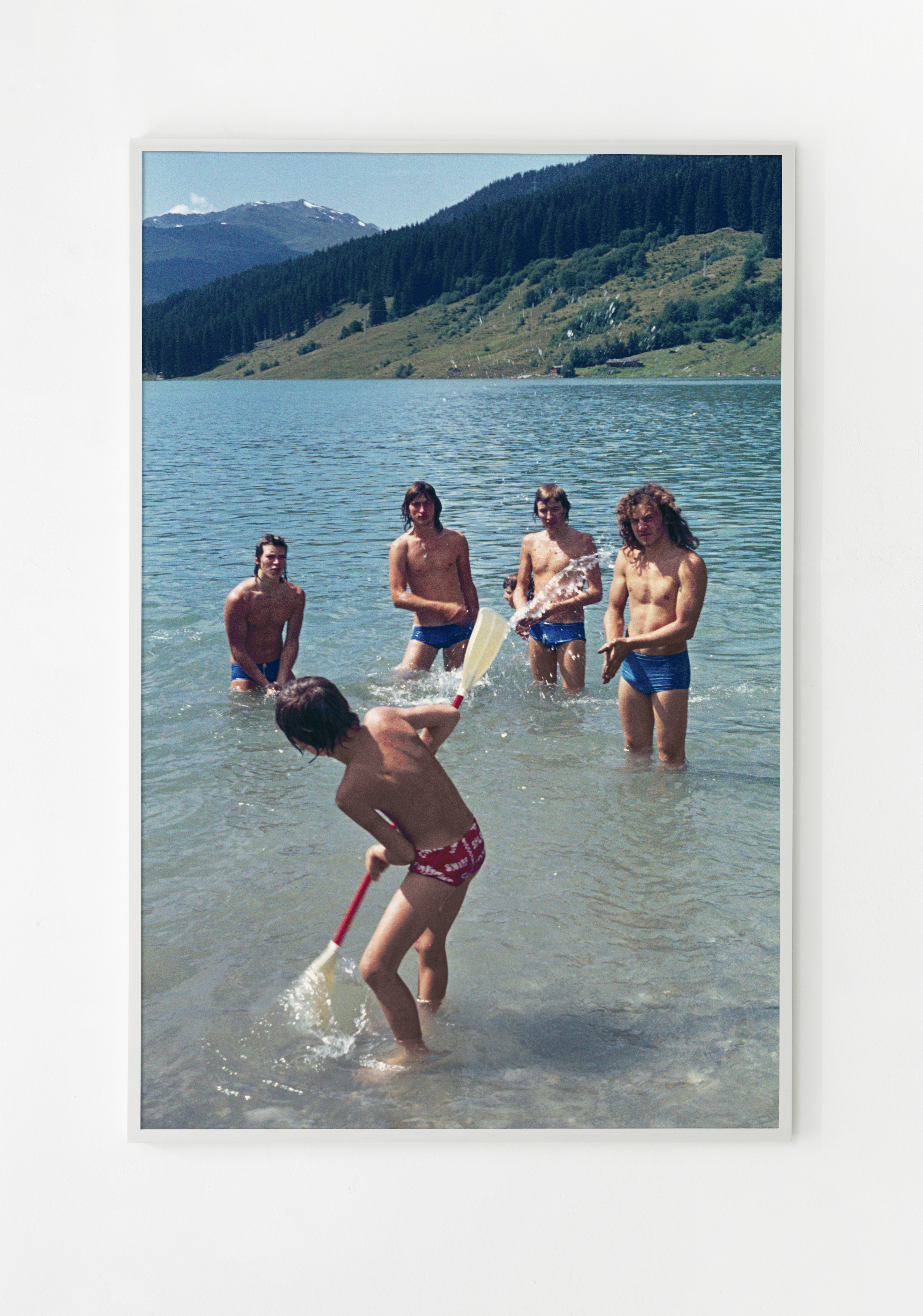 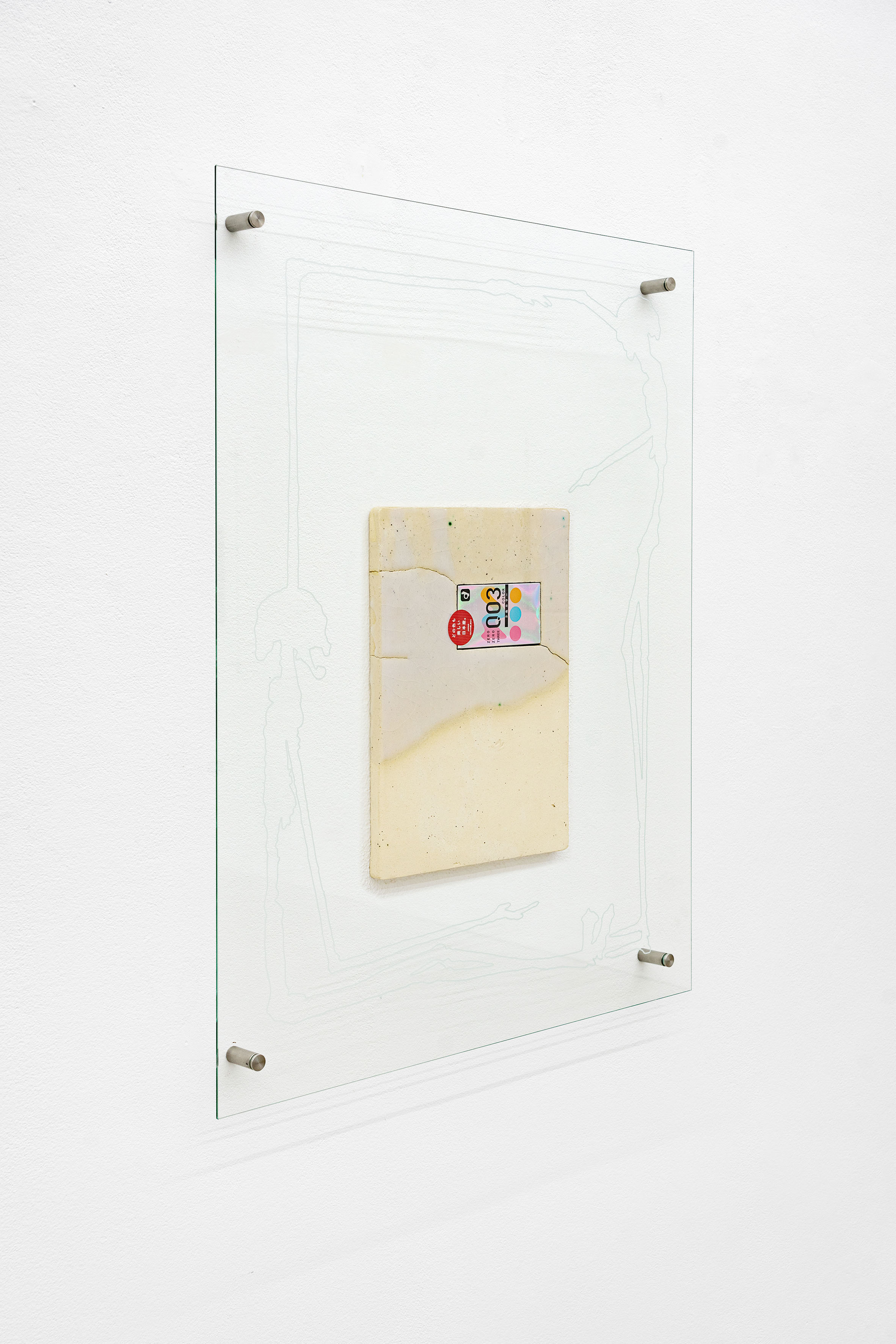 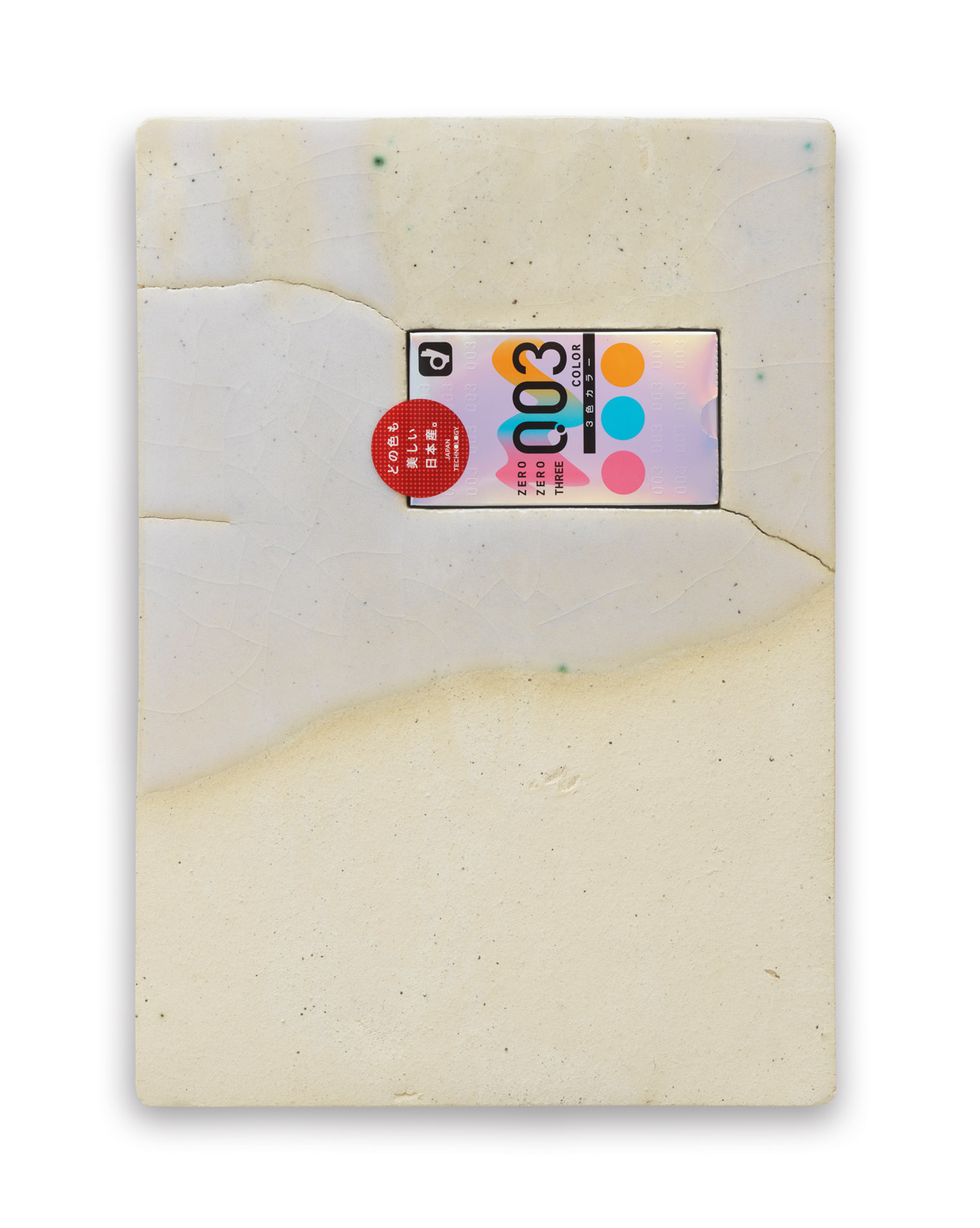 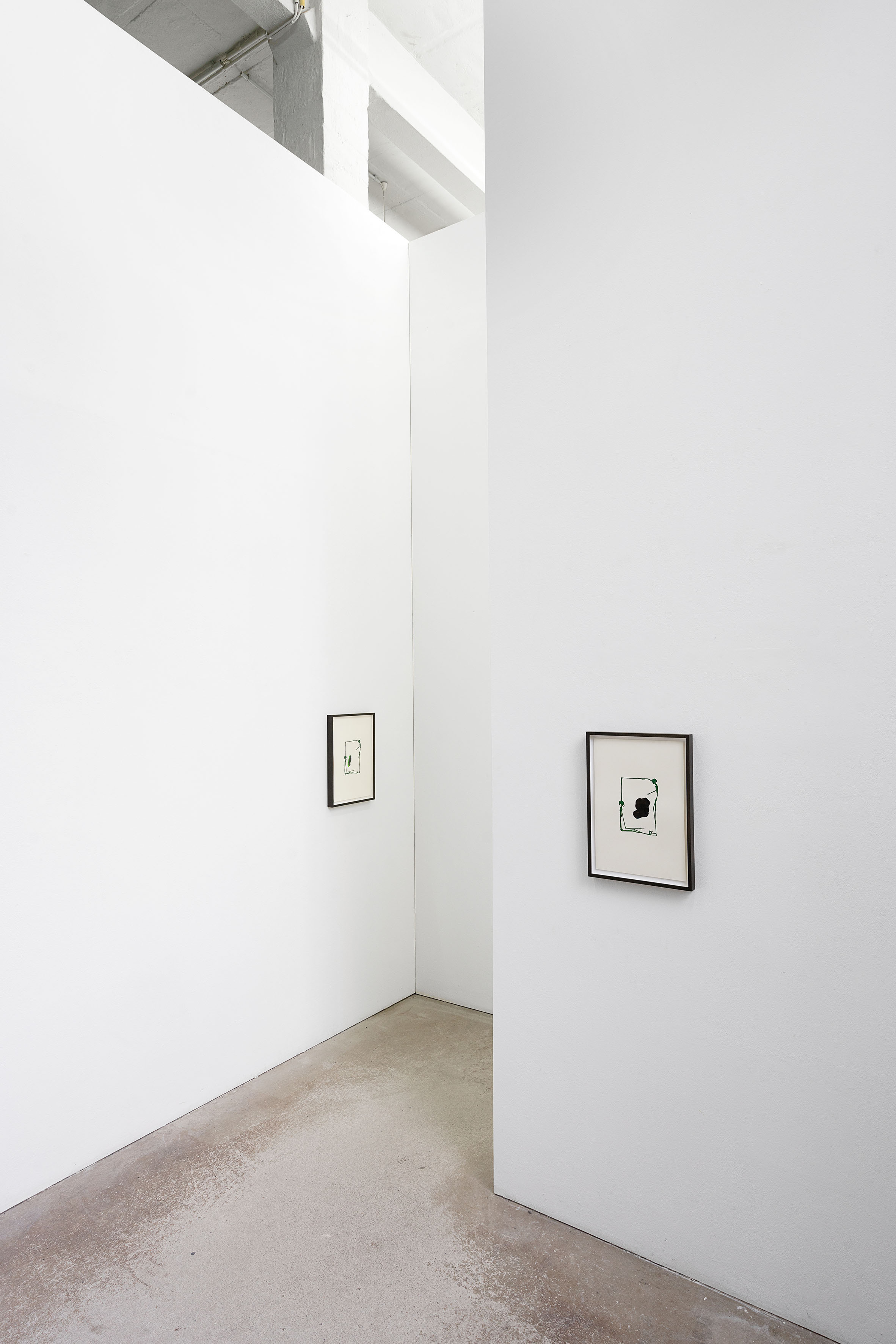 In the exhibition Name something that isn’t a shadow of its former self Timo Seber shows new works, most of which were created during a residency at Villa Kamogawa in Kyoto, Japan. The work groupOkamoto consists of vertical rectangular ceramic panels that feature up to three recesses. Each of these precisely fitted cutouts contains a condom pack. These are ultra-thin condoms with a thickness of 0.02 to 0.03 millimeters – less than what is approved for condoms in Germany. The iridescent colors of the packages’ design correspond to the ceramics’ multi-hued glaze but also contrast with the traditional craftsmanship of the work. The ensemble resembles an archaeological find, with a contemporary element enclosed.

The work reflects a fundamental paradox: Of all things, the archaic basic instinct of the human reproductive drive is closely interwoven with the development of civilization, for example with changes in social conventions or rapid progressions in technology. The wafer-thin condom with its shimmering package is the product of a highly developed chemical industry. The latex membrane is thinner than a human hair, transparent and promises to be hardly perceptible. Despite these almost spectral material qualities, it is highly effective as an isolating membrane.

In a further group of works, Seber links the transparent with the spectral in the motif itself. The silhouettes of two skeletons are engraved on panes of glass. The grotesquely overstretched limbs of the sitting and standing figure form a frame that demarcates a defined space between them.
The pointing gesture of the upright figure directs the viewer’s gaze to the center of the configuration, which remains empty until the piece is slid in front of another object. Visually, the glass panes occupy a sphere somewhere between the visible and invisible; the optical presence of the engraved lines is just strong enough to throw their own shadow. The panes form a second layer that runs through the exhibition, selectively sliding between the viewer and the work, like an echo of the ultra-thin latex membrane of the condoms – almost insubstantial, but undeniably present.

In the prints from the series Black Magic, we again encounter the skeletons. Here, the activated space they describe is no longer an empty stage, but rather a magical theater. In between the figures we see irregular forms. Were they created or conjured up by the skeletons? Are they being protected or kept in check? Are they material objects, fleeting phenomena or do they mark transitions between different spheres? Seber derived the skeletons from the cover of a Japanese book from the 1890s, the title of which can be roughly translated as Handbook of Western Magic. Despite its occult title, it is actually a book that explains magic tricks. The morbid illustration can probably be interpreted as an ironic wink – an exaggeratedly mysterious cover for a guide on cheating. Perhaps Seber himself can be seen as a kind of magician. What, after all, are these mysterious appearances in the center of the prints?

Black magic or fleeting streaks of color?
This ambivalence between meaningful symbolism and humorous gesture is a recurring characteristic of Seber’s latest work. The picture of a boy standing opposite a group of four athletic young men in a lake can be perceived both as playful and threatening. The composition of the photograph, from the way the protagonists are arranged to the colors of their bathing trunks, appears so staged that the knowledge of its origin – it’s a picture taken from the parents’ photo album – makes the photograph appear all
the more mysterious. By enlarging the motif, this banal everyday scene Seber creates an array of associations, opening the photograph up to various connotations, be they homoerotic, oppressive or nostalgic. In their integration within the elaborately manufactured ceramic bodies, the condom packs have undergone a comparable process. Artistic intervention turns the trivial into the ambiguous – a magic trick for which no manual exists.